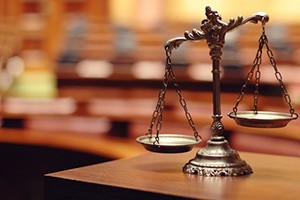 After a person has been arrested on suspicion of domestic violence, the case will be reviewed by a prosecutor who will determine whether or not to file criminal charges. If the defendant is charged with a criminal offense, he or she will be expected to appear in court for his or her arraignment. An arraignment is a defendant’s first appearance in court where the defendant is expected to enter a plea of “not guilty,” “guilty” or “no contest.” There are many important events that occur at a defendant’s domestic violence arraignment and it is important to know what to expect before the arraignment date.

When Does The Arraignment Occur?

When a person is arrested for domestic violence, he or she will typically be booked into jail and may have to post bail in order to be released. The amount of bail depends on the charge and whether or not the defendant was arrested for a felony, such as corporal injury to a spouse in violation of California Penal Code Section 273.5 PC or a misdemeanor like domestic battery under California Penal Code Section 243(e) PC.

If the defendant is released from custody or posts bail or bond, he or she will be given a date to return to court for his or her arraignment. This future date may be weeks or even months later. If the defendant is unable to post bail, he or she would remain in custody. The case would be referred to a prosecutor who has 48 hours to file charges, excluding weekends and holidays. If no charges are filed, the defendant would have to be released.

What Happens at a Domestic Violence Arraignment?

At the arraignment, the defense will be given a copy of the complaint and the incident reports. The case will be called and the defendant, through counsel, would be expected to enter a plea of “guilty,” “not guilty” or “no contest.” If the defendant pleads not guilty, the Court will determine whether or not to set bail or whether to release the defendant on his or her own recognizance (“O.R. release”).

If the defendant pleads “not guilty,” the parties will select a future date to return for pretrial. The defendant may have to waive his or her speedy trial rights when setting a pretrial or trial date. If the victim is present at the arraignment, that person may be ordered to return to Court for trial.

If you or someone you know have been arrested for domestic violence and have an upcoming arraignment date, it is imperative that you meet with an attorney experienced in defending domestic violence cases as soon as possible. As a former Deputy District Attorney with over 14 years of prosecutorial experience, Michael Kraut begins work immediately on behalf of his clients who are facing potential domestic violence charges. In many cases, Mr. Kraut’s early involvement in a case prior to arraignment has led to charges being rejected or significantly reduced.