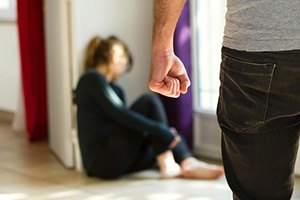 What Qualifies as Domestic Violence?

Domestic violence is defined as physical abuse or threats of abuse made against a romantic partner or immediate relative. This can include a wife, husband, boyfriend, girlfriend, former boyfriend or girlfriend or child’s parent. Some domestic violence cases involve minimal or no physical contact.

Any non-citizen convicted of a crime of moral turpitude within five years of being admitted to the United States is subject to deportation. In addition, for non-citizens who have been granted a permanent residence visa, a conviction for a crime of moral turpitude within 10 years of admission to the United States can lead to deportation.

There is a “petty offense” exception that applies to crimes punishable by less than one year in jail. This means that most misdemeanor domestic violence convictions may not automatically subject a non-citizen to deportation if he or she has no other criminal convictions on his or her record.

Because a conviction for domestic violence can lead to deportation, it is critical that any non-citizen who has been arrested for or charged with domestic violence contact an effective criminal defense attorney as soon as possible. In many cases, the early involvement of a defense attorney can result in charges being rejected or felonies reduced to misdemeanors. This distinction can be critical for defendants who may potentially be facing deportation.

For defendants who were already convicted, it may be possible to challenge the original conviction. If the defendant was not made aware of potential immigration consequences or did not understand what he or she was doing at the time of the plea, the Court may consider granting a plea withdrawal motion. The United States Supreme Court recently held in the landmark Padilla case that failure to inform a defendant about immigration consequences is grounds for reversal. If the plea withdrawal motion is granted, the defendant would still have to fight the original charges, however the prosecution may be unwilling or unable to move forward with the case.

If the defendant was convicted of a felony, the defense may file an expungement motion requesting that the case first be reduced to a misdemeanor, if eligible. Reducing the felony to a misdemeanor can make a critical difference in immigration proceedings. If there already was an expungement motion granted but the felony was not reduced, the Court may consider reducing the conviction retroactively, especially in cases where there are immigration consequences.

If you or a loved one have been arrested for domestic violence or have been convicted and are concerned about immigration consequences, it is imperative that you discuss your situation with an experienced attorney immediately. As a former Deputy District Attorney with over 14 years of prosecutorial experience, Michael Kraut fights hard on behalf of his clients who have been charged with domestic violence crimes as well as those dealing with adverse immigration consequences.