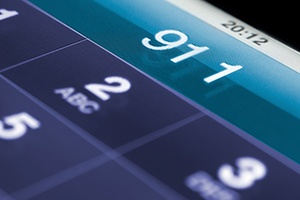 A domestic violence case will often begin when a person calls into 911 to report an incident. The person calling is not always the “victim” of the assault. In some cases, a third party witness, such as a child or a neighbor will place the call to 911. In other cases, the person who makes the call to 911 to report the fight ultimately ends up being the party who is arrested. This occurs when police arrive and interview the subjects and ultimately determine that the caller was actually the aggressor. Most law enforcement agencies have a policy that all domestic violence calls must result in one or both parties being arrested.

When a person calls 911, the operator is trained to get as much information from the caller as possible. The operator will ask for names, addresses and full accounts of what transpired. This information is then communicated to officers in the field who will respond to the call and investigate.

These calls are all recorded and in many cases the calls will be played in court as evidence against the defendant. The calls may be used to contradict subsequent statements made by the named victim or to bolster the prosecutor’s case.

Calling 911 During an Argument

In some cases, couples will argue and one or both parties will threaten to call 911 in order to get the other party in trouble. Sometimes this threat is acted upon by one of the parties. The person calling 911 may not really want the police to respond. However, whenever a call is made to 911, the operator is trained to refer the call to law enforcement who will respond and investigate the incident regardless. The caller may call back and ask to retract the call, however police will still be sent. Fights between couples can be extremely emotional and a person can call 911 in the heat of the moment and later regret his or her actions.

Use of the 911 Recording in Court

All 911 calls are recorded and are generally turned over to the defense when requested as part of an informal discovery request. The prosecutor may play the 911 recording in court as evidence against the defendant. There are situations where the named victim does not want to participate or is no longer available by the time the case goes to trial. In the past, courts allowed prosecutors to play the 911 tapes even where the complaining witness was unavailable. However, the United States Supreme Court recently limited a prosecutor’s ability to rely on hearsay evidence in cases where the named victim is no longer available and these 911 tapes may be considered inadmissible hearsay.

If you or a loved one have been arrested or charged with a domestic violence offense, it is crucial that you meet and discuss your case with an experienced criminal defense attorney as soon as possible. As a former Deputy District Attorney with over 14 years of prosecutorial experience, Michael Kraut understands how to effectively defend clients charged with domestic violence. In many cases, Mr. Kraut’s early intervention has led to charges being rejected or significantly reduced.