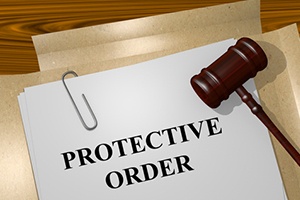 What is a Protective Order?

Protective orders require the target of the order to relinquish any firearms and he or she would be prevented from owning firearms for a specified period of time.

If you or a loved one are the subject of a domestic violence protective order, it is critical that you discuss your situation with a qualified attorney as soon as possible. Michael Kraut is a former Deputy District Attorney with over 14 years of prosecutorial experience who is highly regarded as a top-notch litigator. Mr. Kraut fights hard on behalf of his clients who are charged criminally with domestic violence or who are the targets of a protective order.