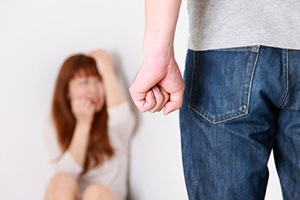 In recent years, police and prosecutorial agencies have stepped up their enforcement efforts in regards to domestic violence offenses. Prosecutors are under pressure to get convictions and many cases may be filed or pursued despite there being significant issues with the evidence. In these situations, it is critical to retain an experienced attorney who understands how to effectively defend those accused of domestic violence offenses. There may be several legal defenses that are applicable the defendant’s case.

However, these types of situations can often be much more complex. In many cases, the defendant in a domestic violence case may have been acting in self-defense when he or she used physical force against their partner. In order to have a valid self-defense claim, the defendant must be able to show that there was a reasonable belief of immediate danger of being killed, injured or unlawfully touched, a reasonable belief that use of force was necessary to prevent the harm and that the amount of force used was not excessive. This means that a person is allowed to use force in order to protect him or herself, even in a domestic violence case.

In addition, many domestic violence cases involve mutual combat between the parties. This means that both the suspect and the “victim” were involved in assaultive behavior against each other. In these cases, it may be difficult to properly determine who the aggressor was and whether or not someone was acting in self-defense.

In many cases, the domestic violence suspect may suffer injuries that only become visible hours or even days after the incident. In these cases, it would be critical to document these injuries as they would support a self-defense or mutual combat claim.

Domestic violence incidents often involve highly-charged situations where one or both parties are extremely emotional. When giving a statement to the police or to 911 operators, people may exaggerate facts or make things up out of anger in the heat of the moment. These people often regret their actions later.

In other situations, people involved in child custody or bitter divorce disputes may falsely accuse their partners of domestic violence in order to gain an advantage in family court. When a defendant is the subject of a false accusation, the defense would have to point out inconsistencies in the complaining witness’ statements or show how the statements are untrue. The defense may conduct its own investigation to show how the witness had motive to lie. In some cases, the witness may admit that he or she was not fully honest with the police. In these cases, the police or prosecutor may be not be willing to proceed with criminal charges.

If you or a loved one have been arrested for domestic violence, it is critical that you discuss your situation with an attorney who regularly defends these types of cases immediately. As a former Deputy District Attorney with over 14 years of prosecutorial experience, Michael Kraut understands that time is of the essence in a domestic violence case and it is crucial to begin mounting a defense even before a case has been filed. In many cases, Mr. Kraut’s early involvement has resulted in cases being rejected or charges being significantly reduced.