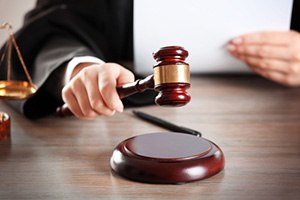 Many defendants who are arrested on suspicion of a domestic violence offense are cited with corporal injury to a spouse in violation of California Penal Code Section 273.5 PC, a potential felony, or domestic battery pursuant to California Penal Code Section 243(e) PC. However, as a case progresses in Court there are circumstances where the prosecution may be willing to reduce charges as part of a plea negotiation. Pleading to a reduced charge can help a defendant avoid the stigma of a domestic violence conviction as well as certain collateral consequences that would otherwise occur.

Why a Prosecutor May Consider Reduced Charges?

There are many reasons why a prosecutor may consider reducing domestic violence charges or even dismissing a case altogether. These cases can be very tricky to prove at trial. In some situations, the defendant and victim may reconcile and the victim may ask that charges be dropped. It is ultimately up to the prosecutor whether or not to dismiss a case, and people are often surprised to learn that the prosecutor will proceed with charges even where the named victim asks for the charges to be dropped.

However, prosecutors may have a tougher time proving a domestic violence charge where the victim does not want to testify against the defendant. The victim can be subpoenaed and forced to come to court and testify as a witness. The prosecution may be willing to consider a reduced charge where the victim is unavailable or is not cooperative. The prosecutor may also consider reducing charges where the facts are weak or it appears that the defendant may have a valid self-defense claim.

There are a number of charges that are not crimes of violence that the prosecutor may agree to as part of a plea negotiation. The prosecution may allow the defendant to plead to a charge of disturbing the peace in violation of California Penal Code Section 415 PC. Additionally, the People may allow a plea to trespassing under California Penal Code Section 602 PC or a similar non-domestic violence charge.

A conviction for a crime of violence, such as domestic battery or corporal injury to a spouse, can carry several collateral consequences. Defendants who have professional licenses or who will be applying for one of these licenses in the future may face disciplinary action as a result of a domestic violence conviction and can have their license suspended or even revoked. In addition, domestic violence convictions are considered “crimes of moral turpitude” by the United States government and can lead to deportation, exclusion from admission or denial of naturalization for those who are not United States citizens.

It is important to remember that even if domestic violence charges are reduced, the defendant may still be subject to certain mandatory sentencing provisions under California Penal Code Section 1203.097 PC. Under this code section, any conviction involving a victim that is a current or former spouse, a current or former cohabitant, a current or former boyfriend or girlfriend, a co-parent, child or other blood relative would be subject to certain requirements of sentencing. These include a minimum 36 month probation term, the issuance of a protective order, mandatory completion of a batterer’s program, a minimum $500 fine and other required conditions.

If you or a loved one have been arrested for or charged with a domestic violence crime, it is critical that you discuss your case with an experienced domestic violence attorney right away. As a former Deputy District Attorney with over 14 years of prosecutorial experience, Michael Kraut works hard from day one to help his clients get the absolutely best resolution possible. In some cases, Mr. Kraut’s early intervention in a case before charges have been filed has led to charges being reduced or rejected completely.