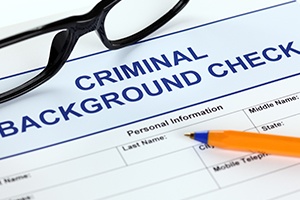 Domestic Violence with No Prior Record

When responding to a domestic violence call, the responding officers will typically take statements from the involved parties and will document any observable injuries. The officers will determine who was the aggressor and that person will be arrested. Sometimes this is the person who initially called 911 but this is not always the case. It is not unusual for both parties to be arrested on suspicion of domestic violence. If the officers observe significant injuries or if these are reported, the suspect will be arrested on suspicion of corporal injury to a spouse in violation of California Penal Code Section 273.5 PC, which is a “wobbler” offense that can be charged as either a felony or a misdemeanor. If the officer believes that the physical contact may have been limited to pushing and shoving or other “minor” conduct, the defendant may be arrested on suspicion of battery to a spouse pursuant to California Penal Code Section 243(e) PC. This is always a misdemeanor offense.

Determining the Level of Charges to File

When determining the level or charges to file, or whether or not felony or misdemeanor charges are appropriate, the prosecutor will pay close attention to the defendant’s criminal record. If the defendant has no prior criminal record or no prior domestic violence arrests or convictions, the prosecutor may be more open to rejecting the charges. Alternatively, defendants with no previous criminal record may be more likely to be charged with a misdemeanor, however prosecutors will always review the facts of the case and there may be situations where first-time domestic violence offenders are charged with felonies.

When sentencing a defendant on a domestic violence offense, a defendant’s lack of criminal record will often be an important factor. Under California Penal Code Section 1203.097 PC, the Court is required to impose certain mandatory probation terms, such as a protective order and a batterers’ class, however the Court and prosecutor will often take the defendant’s lack of record into account and may impose terms of probation designed to correct behaviors rather than punish.