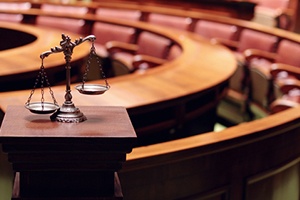 In the past, domestic violence cases were not treated as high priority offenses by law enforcement and courts and were mainly considered private family matters. However, several high profiles cases, most notably the O.J. Simpson murder case, brought a significant amount of attention to domestic violence. As a result, these matters are treated very seriously and police and prosecutors work hard to ensure those who commit domestic violence are convicted. However, these cases often involve complicated factual scenarios and it may be necessary to take the case to trial.

Before a trial is set for a domestic violence case, there may be several pretrial hearings. At these pretrials, the prosecution will provide additional discovery evidence that may become available, including 911 recordings and medical records, and any preliminary legal issues can be litigated. The parties may also attempt to resolve the case, if possible.

For defendants who are charged with a felony, there will be a preliminary hearing during which the prosecution must be able to show that there is probable cause to go forward with the case. The prosecution can rely on hearsay at the preliminary hearing and may go forward without having the alleged victim present. If the defendant is held to answer, he or she will be rearraigned and the case will then be set for jury trial.

In many domestic violence cases, it is not unusual for the prosecution to have issues getting their witnesses to testify. Many domestic violence incidents involve statements made to police out of anger or in the heat of an argument and alleged victims sometimes do not want to be involved in the trial process. The prosecution will attempt to subpoena the alleged victim for trial to ensure that their witness appears in court. If the witness is subpoenaed and does not appear for trial, the prosecutor can request that the witness be arrested and brought directly to court. Prosecutors typically do not like to arrest their own witnesses, but may do so in order to avoid dismissing the case.

Even if the complaining witness is unavailable for trial, the prosecution may go forward using other evidence. There may be independent witnesses who can be called to testify against the defendant in a domestic violence case. Previously, prosecutors would introduce the alleged victim’s statements to the police under one of the exceptions to the hearsay rule. However, the United States Supreme Court has recently limited the availability of this hearsay evidence and found that this practice violates the confrontation clause that gives defendants the right to confront their accusers in court.

A trial will begin with the selection of jurors. Typically, jurors who themselves were victims of domestic violence or who have strong opinions about domestic violence will be stricken. Both the prosecution and defense will have an opportunity to present witnesses and evidence to the jury. Any witness called to testify is subject to cross-examination by the other party. The defendant is allowed to testify but is not required to.

If you or a family member have been charged with domestic violence, it is crucial that you meet with an experienced defense attorney right away. As a former Deputy District Attorney with over 14 years of prosecutorial experience, Michael Kraut understands how to effectively litigate domestic violence cases.