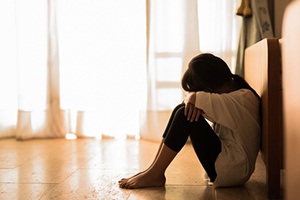 Corporal injury to a spouse is a “wobbler” offense that can be filed as either a felony or a misdemeanor. In determining what level of criminal charges to file, prosecutors will look at whether or not the victim suffered injuries and whether the defendant has a prior criminal record. Domestic battery is always a misdemeanor offense.

Defendants who are convicted of these offenses can face jail or prison sentences, a mandatory 52-week batterer’s treatment class, costly court fines, required community labor or community service hours and a protective order that would prevent the defendant from having contact with the named victim.

In addition to court penalties, there are various collateral consequences that can significantly affect the defendant’s life and livelihood.

Loss of Job or Employment Opportunities

In today’s work environment, employers regularly conduct criminal background checks on new hires and current employees. A conviction for domestic violence on one’s record can be toxic to employers. Many employers in fields such as childcare, healthcare and teaching will not consider a job applicant who was previously convicted of a domestic violence offense.

Issuance of a Protective Order

A conviction for domestic violence can have negative effects for those who are not United States citizens and in some case may subject them to immediate deportation. Domestic violence crimes are considered crimes of moral turpitude and can lead to deportation, exclusion from admission and denial of naturalization for non-citizens.

If you or a loved one have been arrested for domestic violence, it is imperative that you meet with an attorney who focuses on these types of cases as soon as possible. Michael Kraut is a former Deputy District Attorney with over 14 years of prosecutorial experience who is highly respected throughout the court system. Mr. Kraut begins fighting on behalf of clients on Day One and in many cases his early involvement in a case has resulted in charges being significantly reduced or even rejected outright.