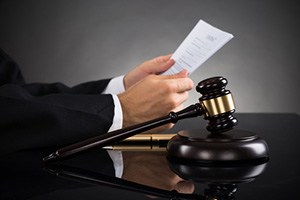 Why Expunge a Domestic Violence Conviction?

Anytime a defendant is convicted of a criminal offense in California, the conviction is submitted to the Department of Justice who will then keep a record of the conviction. Increasingly, employers and others rely on criminal background searches when making hiring decisions. A domestic violence conviction on someone’s record may prevent him or her from being hired or from being eligible for housing, education loans or professional licenses.

Can Domestic Violence Convictions Be Expunged?

Some domestic violence offenses cannot be expunged. For violent crimes that may have involved allegations of rape or violence against minors, the defendant may be legally prevented from expunging the conviction at any point. For defendants convicted of felony-level offenses, the conviction would first have to be reduced from a felony to a misdemeanor and then expunged.

Effects of the Expungement

If the Court grants the expungement, the defendant’s previous plea or conviction will be vacated and the case will be dismissed retroactively. This information will be forwarded to the Department of Justice.

Even if an expungement is granted, the defendant would still be subject to a 10 year California ban on owning or possessing firearms as a result of the earlier conviction. The United States government imposes a lifetime ban on most defendants who are convicted of domestic violence. This ban would remain effective regardless of an expungement.

In order to have a domestic violence expunged, the defendant would file a motion pursuant to California Penal Code Section 1203.4 PC. Once the filing fee has been paid, the motion will be calendared for a hearing before the original sentencing judge. At this hearing, the defense can argue why the expungement should be granted. The prosecution can be heard on the motion and may oppose the motion where the defendant violated probation or where there was a subsequent criminal offense. Ultimately, the judge will determine whether or not to grant the defendant’s expungement motion.

If you or someone you know is interested in having a domestic violence conviction expunged, it is imperative that you meet with an attorney experienced in filing these types of motions right away. As a former Deputy District Attorney with over 14 years of prosecutorial experience, Michael Kraut understands the expungement process and works diligently on behalf of his clients who are trying to clear their records.