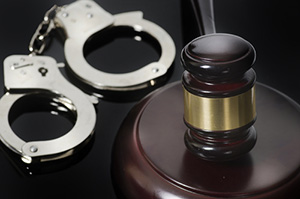 Under California Penal Code Section 136.2 PC, the Court will typically issue a protective order against a defendant who has been charged with a crime of domestic violence. The protective order may prohibit any contact or may be a “Level One” protective order that allows peaceful contact between the parties. The defendant would be required to relinquish any firearms within his or her possession and would be prohibited from owning or possessing firearms while the order is effective.

The criminal protective order is typically issued at the time of the defendant’s arraignment and the defendant may be required to personally appear in court in order to be formally served with a copy of the order.

In many cases, the prosecution may request a criminal protective order even where there is no domestic relationship, such as elder abuse cases under California Penal Code Section 368 PC where there is no family relationship between the defendant and the elder victim. In these cases, an experienced attorney will be able to argue against imposition of a criminal protective order as a condition of release as it would not be authorized by law.

At the hearing, the petitioner must prove his or her case by a preponderance of the evidence. This is a lower standard than is required in criminal courts, where the prosecution must prove guilt beyond a reasonable doubt. The petitioner is allowed to present evidence and testimony and the respondent can cross-examine the petitioner and also present evidence. Ultimately, the judge will determine whether or not there is sufficient evidence to grant the order. If granted, the respondent may be ordered to complete a 52-week batterer’s program.