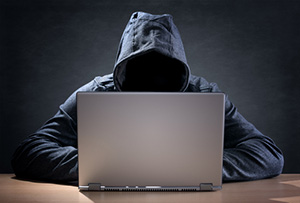 The California legislature has done its best to keep up with developing technologies in order to ensure that a wide variety of Internet crimes are addressed by statute. With these new technologies, many new variations of established criminal offenses may occur. One example is the recent increase in domestic violence offenses that are committed via electronic devices or online. Domestic violence is not limited to crimes involving actual physical violence or assault and this category of criminal offenses includes a wide variety of criminal acts. In California, there are a number of different statutes that cover electronic domestic violence crimes.

Under California Penal Code Section 646.9 PC, it is illegal to stalk and continually harass or threaten another person to the point where that person fears for his or her safety or for the safety of his or her family. This stalking law has been expanded to cover “cyberstalking.” When threats or harassment occur over the Internet, via email, text messages or any source of social media, the defendant can be charged under California Penal Code Section 646.9 PC. When the target of the harassment or threats is a current or former spouse, cohabitant, boyfriend, girlfriend or child’s parent, the cyberstalking will be considered a domestic violence crime and the defendant would be subject to the mandatory sentencing provisions in California Penal Code Section 1203.097 PC. The Court may issue a protective order that would prevent any future contact between the defendant and the named victim.

California Penal Code Section 647(j)(4) PC is another recent law that was enacted in 2013. This statute makes it a misdemeanor offense to disseminate “revenge porn,” which is also referred to as “nonconsensual pornography.” Under this law, it is illegal to intentionally distribute private images of a pornographic nature, often placed online after a bad fight or break-up. This law only applies to those who initially send out the image or recording and not to third parties who may disseminate the material further. If the person targeted is someone who was in a domestic relationship with the defendant, the offense may be treated as a domestic violence crime and the various sentencing requirements, including a protective order, 52-week batterers’ class and mandatory fine, would apply.

If you or someone you know are under investigation or have been arrested for a domestic violence Internet crime, it is crucial that discuss your case with a qualified criminal defense attorney who understands this area of the law as soon as possible. As a former Deputy District Attorney with over 14 years of prosecutorial experience, Michael Kraut is a highly skilled litigator who fights hard on behalf of his clients. In many cases, Mr. Kraut’s early intervention in a case has resulted in charges being dismissed or significantly reduced.