What DUI Driving Patterns do Officers Look for? 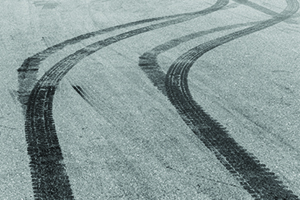 The majority of DUI cases begin when a law enforcement officer on patrol pulls over a vehicle. There must be a legally valid reason for the vehicle stop and police officers are not allowed to simply pull vehicles over because it is late at night or they have a hunch that the driver is intoxicated. Under state and Federal law, the officer must have reasonable or probable cause to believe that the driver has committed a violation of the law. Typically, the violation cited will be a traffic code infraction such as speeding, running a red light or turning without signaling. However, during times that DUIs are more common, such as at nights, weekends and holidays, officers are extra vigilant for drivers who may be under the influence. They may be looking for certain driving patterns that are often associated with impaired driving.

The National Highway Transportation Safety Administration (“NHTSA”) has conducted numerous studies regarding impaired driving and how it effects drivers and has published statistics pertaining to specific driving conduct and likelihood of intoxication. Driving conduct that most highly correlates to impaired driving includes drivers who make wide radius turns and those who straddle lane dividers or road demarcations when driving. Extensive weaving, swerving and driving under the speed limit by 10 mph or more has been found to correlate closely with driving under the influence.

Speeding is Not Highly Indicative of Impaired Driving

People are often surprised to learn that the NHTSA has found that driving in excess of posted speed limits does not correlate closely with impaired driving. Regardless of the NHTSA findings, officers often cite speeding violations as the reason a vehicle was initially pulled over in DUI cases. After stopping the driver, the officer may come to suspect that the driver is under the influence. The officer will typically speak with the driver and looks for symptoms of intoxication such as slurred speech, bloodshot and watery eyes and an odor of alcohol. The officer may further detain the driver and request that the driver participate in field sobriety testing or provide a breath sample on the officer’s portable PAS device, both of which are voluntary. If brought to court, the defense can challenge any argument that the driver’s excessive speeding was indicative of impaired driving.

Drivers should be aware that if they were driving in excess of 100 mph and were under the influence, the prosecution can charge a speed enhancement pursuant to California Vehicle Code Section 23582 VC. This enhancement can add an automatic 60 day jail sentence to any underlying DUI conviction.

If there was insufficient reasonable or probable cause, the defense can file a motion to suppress pursuant to California Penal Code Section 1538.5 PC. In many cases, police will pull someone over after seeing them weave within a lane or touch a lane line once, which may be legally permissible. If the judge finds there was insufficient reasonable or probable cause to stop the defendant’s vehicle, the resulting DUI evidence will be suppressed. The prosecution will usually have no choice but to dismiss the case as they would be unable to proceed.

If you or a loved one have been arrested in California for a DUI offense, it is imperative that you speak with an experienced criminal DUI attorney as soon as possible. As a former Deputy District Attorney with over 14 years of prosecutorial experience, Michael Kraut is well respected throughout the court system as a top-notch DUI litigator who does not back down from a challenge.