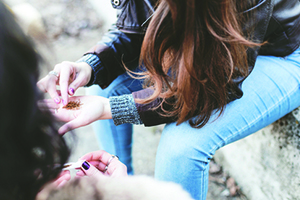 In California, driving under the influence cases rely heavily on a variety of visual clues observed by law enforcement officers throughout the stop and arrest process. These clues include observations of driving conduct, the driver’s physical appearance and demeanor and the driver’s performance on various field sobriety tests. These visual clues often serve as important evidence in many DUI prosecutions. However, these visual clues are often highly subjective and subject to bias and an effective DUI attorney may be able to attack conclusions based on “visual clues.”

Visual Clues and the Vehicle Stop

Under California and Federal law, a law enforcement officer can only stop a vehicle if he or she has reasonable or probable cause to believe that the driver has violated the law. Typically, the reason given for the stop is a traffic violation personally observed by the officer conducting the traffic stop. In many cases, the reason for the stop may be unrelated to impaired driving and the stop can be for an equipment violation, such as failure to have a front or rear license plate or having improperly tinted windows. In other cases, the visual clues may also be used as evidence that the driver was impaired, such as where the driver was weaving excessively or straddling lanes.

Visual Clues and the Initial Encounter

When a driver is pulled over, the officer will be looking for specific visual clues associated with drug or alcohol use. These include bloodshot and watery eyes, inability to maintain balance or a flushed face. The defense may be able to challenge these observations and show that they are also indicators of other conditions, such as fatigue or illness. Drivers should keep in mind that they are being closely observed as soon as they are pulled over. With the advent of body cameras, these observations now may recorded and used as evidence. The defense can obtain these recordings during the discovery process and can review them for any inconsistences with the officer’s incident report.

Drivers who are believed to be under the influence are often asked to perform a series of field sobriety tests designed to measure the test-taker’s agility, coordination, balance and ability to follow directions. These tests rely on an officer’s observations of a driver’s performance, which are recorded in the officer’s incident reports. Some tests, such as the horizontal gaze nystagmus test, rely on the officer’s observations of minute eye movements at certain angles. These visual clues are highly subjective and a skilled DUI defense attorney may be able to challenge the officer’s observations and conclusions during cross-examination. Again, body camera evidence can be examined by the defense to see if the officer was accurate in his or her assessments of the driver’s performance during field sobriety testing.

If you or a loved one have been arrested for DUI, it is critical that you discuss your case with a qualified DUI lawyer right away. Michael Kraut is a former Deputy District Attorney with over 14 years of prosecutorial experience who is highly respected by judges, prosecutors and law enforcement officers for his in-depth knowledge of DUI law and his unmatched litigation skills.