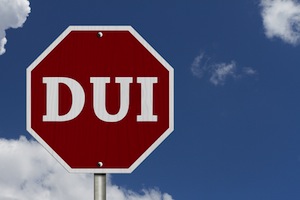 Many DUI arrests conducted by the CHP typically begin after an officer observes a driver commit a violation of the law. The violation may involve driving conduct related to impaired driving, such as being unable to maintain one’s position in a single lane of traffic, or it may involve unrelated conduct such as speeding or an equipment violation. In order for the traffic stop to be constitutionally valid, the officer must have reasonable or probable cause to believe that the driver has violated the law. If the officer lacks sufficient reasonable cause, the defendant can file a motion to suppress pursuant to California Penal Code Section 1538.5 PC and request a hearing to challenge the basis of the stop. If the judge finds that there was insufficient reasonable or probable cause to proceed, the resulting DUI evidence will be suppressed and the prosecution will likely dismiss the case because they are unable to proceed to trial.

Most CHP patrol vehicles are equipped with video recording devices that record approximately 30 seconds prior to when an officer activates his or her flashing lights. These MVARS videos provide important evidence of a DUI defendant’s driving conduct, performance on field sobriety tests and audio recordings of the officer’s questioning of the DUI suspect. The MVARS video is not provided to the defense as part of the initial discovery packet turned over at a defendant’s arraignment. The defense will typically send an informal discovery request to the prosecution specifically asking for the MVARS video, among other items of evidence. The MVARS may take several weeks or months to come in once it has been requested. In some cases, the defense may have to file a formal discovery motion and request a hearing to address any missing evidence in court.

The CHP was the first law enforcement agency to develop a system to train drug recognition expert (“DRE”) officers. The CHP recognized that the symptoms of drug intoxication may be different from the symptoms of alcohol intoxication and have trained officers in recognizing drivers who are under the influence of various controlled substances. The CHP began the DRE program and now trains agencies from throughout the United States in implementing similar programs. In many cases, when an officer suspects that a driver is under the influence of drugs, he or she will request that a DRE officer come to assist. The driver may ultimately be arrested and charged with driving under the influence of drugs in violation of California Vehicle Code Section 23152(f) VC.

If you have been subject to a DUI arrest conducted by the California Highway Patrol, it is critical that you meet with a Los Angeles DUI Lawyer as soon as possible. Attorney Michael Kraut is a former Deputy District Attorney with over 14 years of prosecutorial experience who is highly respected by CHP officers, prosecutors and judges throughout the court system as a result of his top-notch litigation skills and in-depth knowledge of the DUI laws.