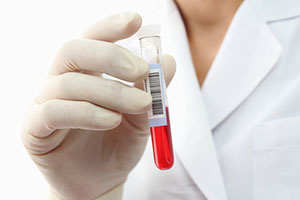 When a Los Angeles police officer suspects that a suspect is under the influence of drugs, the officer will often request that a drug recognition expert (“DRE”) officer come to assist in the investigation. DRE officers receive specialized training in recognizing the symptoms of drug intoxication and performing the DRE protocol designed to determine whether or not a DUI suspect is under the influence of drugs. There is currently no breath test that can measure for possible drug intoxication, so DRE officers must look for specific physical symptoms of drug intoxication. Law enforcement agencies are currently experimenting with a mouth swab test that can measure for the presence of certain drugs; and this test is slowly being implemented in the Los Angeles area.

A person arrested on suspicion of DUI drugs would not be given the testing options provided to DUI alcohol suspects. This is because there is currently no breath test that can measure for the presence or amount of drugs in a person’s system. Instead, the driver would be required to submit to chemical blood testing and the law enforcement agency would have to arrange for a blood draw and analysis of the blood sample.

If the driver refuses to comply with the request for chemical testing, the arresting officer can perform a forced blood draw. Judges are on call and the officer can get a warrant for the blood draw faxed at any point. In these cases, the driver can still be charged with DUI refusal for refusing chemical testing even though there would be BAC or drug panel results when blood test comes back.

The blood sample is sent to the County toxicology lab, which will test for the presence of a panel of legal and illegal drugs that can cause impairment in drivers, including cocaine, heroin, methamphetamine, prescription painkillers, anti-anxiety medication, sleep aids and marijuana.

The defendant typically will not learn the results of the blood test until his or her arraignment. If there is a positive test, he or she will be charged with driving under the influence of drugs in violation of California Vehicle Code Section 23152(f) VC.

By law, a portion of the defendant’s blood sample must be preserved. The defense can request a blood split order that would take a testable portion of the blood sample and have it sent to an independent laboratory for retesting at the defendant’s expense. The independent retesting and subsequent review by a toxicologist may reveal that the drug was not found in a sufficient quantity to cause impairment. This is often the case with marijuana, which can remain in a person’s system long after any impairing effect have worn off.

If you have been arrested in Los Angeles for a DUI drug offense, it is crucial that you discuss your case with an experienced DUI lawyer right away. Michael Kraut is a former Deputy District Attorney with over 14 years of prosecutorial experience who understands how to effectively fight chemical test results for clients charged with DUI drug offenses.