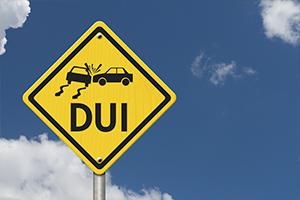 What are DUI Saturation Patrols?

DUI saturation patrols involve law enforcement agencies assigning additional officers and squad cars to targeted areas during specific times in order to detect and arrest drivers who are under the influence of alcohol or drugs. These officers will be looking for driving conduct associated with impaired driving, including traffic violations such as lane deviations, tailgating, and aggressive or reckless driving. These saturation patrols are often viewed as the most effective way of apprehending impaired drivers and in many cases is seen as more effective than DUI checkpoints. In order to pull a vehicle over, the officer must have reasonable or probable cause to believe the driver has violated the law. If there was insufficient reasonable or probable cause to stop the driver’s vehicle, any resulting DUI evidence may be subject to a motion to suppress.

DUI saturation patrols are different from DUI checkpoint operations, which have to comply with strict legal guidelines in order to be legitimate. In DUI checkpoint operations, officers set up roadblocks in a certain, predetermined location and stop all motorists passing through the roadblock to determine if they are under the influence. These checkpoints must comply with the requirements set forth by the California Supreme Court and can be avoided by drivers who do not want to pass through the roadblock.

DUI saturation patrols are simply a significant increase in the amount of officers assigned to a particular area during a limited amount of time. The presence of extra officers often acts as a deterrent effect to those considering driving under the influence. Many law enforcement agencies favor DUI saturation patrols over DUI checkpoints because they are more effective, there is less of a staffing requirement and they are easier to perform. These saturation patrols do not create the same legal issues that checkpoint operation pose and may lead to more DUI arrests and convictions.

In Los Angeles, Officers working on DUI saturation patrols may be expected to generate a high number of arrests and may not give as much attention to any individual DUI investigation as they normally would. This often leads to mistakes being made that may prove fatal to the prosecution’s case. If DUI protocol in regards to investigation and testing are not followed, there may be grounds to have the case dismissed. The defense would be able to review the incident reports and any audio or video recordings of the arrest and investigation and can cross-examine the officer on his or her conduct during the DUI arrest and investigation.

In addition, DUI saturation patrols have often been criticized for targeting areas where a high percentage of minorities reside. If the saturation patrol was performed to target a specific community, there may be grounds to have resulting DUI arrests thrown out.

If you or a loved one have been arrested in Los Angeles for DUI, it is imperative that you review your case with an experienced DUI attorney right away. As a former Deputy District Attorney with over 14 years of prosecutorial experience, Michael Kraut is widely respected as a top-notch litigator who fights hard on behalf of his clients.