DUI and Qualitative vs. Quantitative Testing 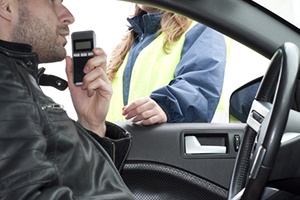 In DUI cases involving alcohol, the law provides a 0.08 percent blood alcohol content threshold. While it is possible to be charged with DUI even with a BAC below 0.08 percent, in many cases police and prosecutors will not pursue cases with drivers whose BAC is under the legal limit. In DUI drug cases, there is no legal threshold and any amount of drug discovered in a driver’s blood sample can result in criminal charges pursuant to California Vehicle Code Section 23152(f) VC. However, qualitative testing conducted at a later date may show that there was not enough of the drug present to cause impairment. This testing is often critical in defending DUI drug cases.

Drivers who are suspected of driving under the influence of drugs will be required to take a blood test, as there is no breath test currently available that can measure for presence of drugs. While some law enforcement agencies are using a mouth swab test device, this is only considered a preliminary test. Drivers who refuse testing can still be charged with a DUI offense as well as a refusal allegation that adds mandatory jail time. In addition, the police may be able to obtain a warrant for a forced blood draw.

The results of the blood test often take several weeks and are not known at the time of arrest. The driver will not discover the results of the blood test until his or her arraignment or even later. Typically, the county crime lab or other agency conducting the blood test will run a quantitative test to determine whether or not one of several drugs is detected in the defendant’s blood sample. These drugs include marijuana, cocaine, opiates, amphetamine, methamphetamine and other substances. The lab will typically only conduct quantitative testing to see if a drug is present in the sample. They will not usually conduct qualitative testing to determine the amount of the drug found in the defendant’s blood.

When a blood sample is collected, part of the sample is set aside and stored. The defense can obtain a blood split order to have a portion of the remaining blood taken and tested at an independent laboratory. The laboratory can perform both quantitative and qualitative analysis on the blood sample. In many cases, the amount of drugs found in the defendant’s system may not be sufficient to cause impairment.

When this is the case, the defense can use a toxicology expert who can explain the results of qualitative testing and show why the driver may not have been under the influence of drugs at the time of driving. The prosecution can provide his or her own expert to explain the effect of the drug taken. In addition, the prosecution may point to other evidence of impaired driving, such as the defendant’s driving conduct, his or her performance on field sobriety tests and the officer’s physical observations of the driver.

Since the passage of Proposition 64, which has removed many restrictions on marijuana, law enforcement expects to see an increase in driving under the influence of marijuana cases. It may be necessary to rely on qualitative testing, especially since many of the components of THC can remain in a person’s system long after the intoxicating effect of marijuana has worn off.

If you or a loved one have been arrested for DUI and want more information about the different types of blood testing, it is critical that you speak with a skilled DUI lawyer immediately. Michael Kraut is a former Deputy District Attorney with over 14 years of prosecutorial experience who understands how to effectively defend clients charged with DUI drug offenses.