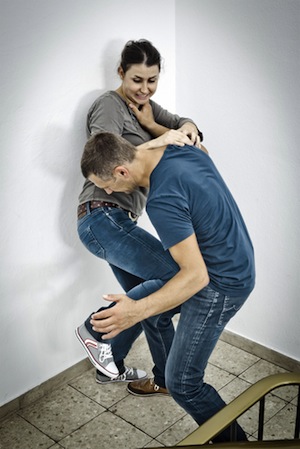 Self Defense is one of the more well-known Legal Defenses that can be raised. The concept behind self-defense is that a person should not be penalized for using force to defend themselves, their property or other persons. A self-defense claim is valid where the defendant:

The word “reasonable” means that an ordinary person would come to the same conclusion as the person charged with a crime would use and would also take the same action. In California, there is no duty to retreat as required by some other states. This means that if a person is suddenly attacked, that person may fight back and does not have to run away if that is a viable alternative. In addition to defending oneself, people are allowed to use force where appropriate to defend other people and to defend property. This means that homeowners may use force against intruders and use appropriate levels of force to remove trespassers.

Self-defense is often raised as a defense in Homicide prosecutions under California Penal Code Section 187 PC. Homicide is defined as the intentional killing of another. If a person is being attacked and is in imminent danger of losing their life, that person may take whatever steps necessary to protect themselves, including using deadly force against his or her attacker.

Self Defense is similar to the California Duress Defense and the California Necessity Defense, in that both involve a defendant engaging in criminal acts only to avoid deadly or dangerous alternatives.

Self-Defense may seem like a simple concept but can be difficult to legally establish in practice. Because of this, it is crucial to work with an experienced and knowledgeable Criminal Defense Attorney. Through his years of courtroom experience both as a defense attorney and as a Deputy District Attorney, Los Angeles Criminal Defense Attorney Michael Kraut knows how to effectively argue defenses in order to get the best result possible for his clients. Mr. Kraut is highly respected throughout the court system for his legal acumen and is experienced at presenting Self-Defense claims to prosecutors, judges and jurors.