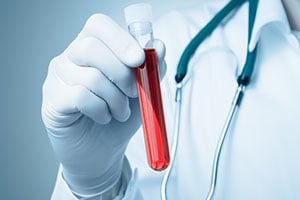 When a driver is arrested on suspicion of DUI, he or she is given the choice of taking either a breath or blood test. If the driver is suspected of driving under the influence of drugs, only the blood test will be available as there is no breath test that can measure for drug intoxication. Drivers who refuse testing can still be charged with a DUI offense as well as a refusal allegation. When a driver refuses testing or is unable to provide consent, the officer may conduct a forced blood draw in order to obtain a blood sample for testing.

When is a Forced Blood Draw Conducted?

Previously, officers could perform a forced blood draw without a warrant based on the rationale that there may not be enough time to obtain a warrant because a driver’s BAC can quickly dissipate. However, the United States Supreme Court has recently discouraged warrantless blood draws. Judges are available at all hours and they can sign warrants via fax or electronically. Law enforcement agencies will now seek search warrants authorizing a forced blood draw, which are often granted. Typically, the law enforcement agency will submit a pre-prepared form to the judge on call and will check the relevant boxes. The judge can then sign the warrant remotely and send it back to the officer.

Effect of a Forced Blood Draw

When a blood sample is obtained via a forced blood draw, the driver can still be charged with DUI refusal and can face additional penalties. The California DMV treats the forced blood draw as a DUI refusal and drivers would face a yearlong driver’s license suspension. They would not be able to obtain a restricted license during the year as a result of the refusal. In addition, the driver would face mandatory jail time and other penalties.

In some cases the forced blood draw may reveal that the defendant had a BAC above .15 percent or even a BAC of .20% or higher. In these cases, the prosecution can charge the defendant with DUI as well as special allegations addressing both the refusal and the high BAC. If convicted, the driver may have to complete a longer drug and alcohol education class, face mandatory jail and other criminal penalties.

If you have been arrested for DUI and a forced blood draw was performed, it is crucial that you discuss your case with an experienced DUI attorney immediately. As a former Deputy District Attorney with over 14 years of prosecutorial experience, Michael Kraut understands how to effectively fight DUI cases and works hard to ensure his clients receive the best defense possible.