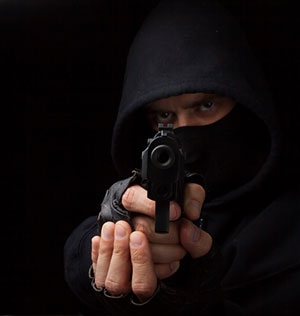 While people are afforded broad freedom of speech rights under the First Amendment to the U.S. Constitution, this right does not include the right to threaten other people with violence and put them in fear for their safety. Under California Penal Code Section 422 PC, it is illegal to make criminal threats. This offense was previously called “terrorist threats,” however it can involve any threats of violence or harm.

To prove that someone is guilty of making criminal threats, a prosecutor must be able to establish the following elements:

A man walks up to a group of unfamiliar young men he sees in his neighborhood. He pulls a fake gun out of his pocket, points it at the group, and threatens to shoot anyone who does not leave immediately. The group thinks the gun is real and run away. The man could be prosecuted for criminal threats, even though he lacked the ability to shoot anyone and even though his threat was conditional on the group complying with his demands. As long as the fear experienced by the group was actual, sustained and reasonable, the man could be found guilty of making criminal threats.

In another example, a young man in high school submits poetry to his English teacher for an assignment. The poems reference coming to school with guns and shooting his tormenters. This young man could not be prosecuted for criminal threats, unless the threats made in the poem were unequivocal, unconditional, immediate and specific.

Making Criminal threats is a “wobbler” offense that can be charged as either a felony or a misdemeanor, depending on the defendant’s criminal history and the factual circumstances surrounding the offense. A conviction for felony criminal threats can be punished by up to three years in prison with an additional year added if the defendant used a deadly or dangerous weapon in making the threat. This offense is a “strike” under California’s Three Strikes Law that can be used to enhance the penalties on future convictions.

Making criminal threats is a serious offense that can carry significant prison sentences. If you are under investigation for this offense, it is critical that you consult with a Los Angeles Criminal Defense Attorney as soon as possible. As a former Deputy District Attorney with over 14 years of prosecutorial experience, Los Angeles Criminal Defense Attorney Michael Kraut has handled serious felonies of this nature from both sides of the aisle. Mr. Kraut has years of experience in handling major felonies, and works hard to ensure his clients receive the best representation possible. Mr. Kraut is highly regarded throughout the court system as a passionate advocate for his clients who possesses a deep knowledge of the law.