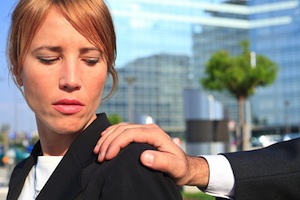 Battery under California Penal Code Section 242 PC is a frequently-filed criminal offense that involves any intentional and unlawful physical contact on another person. Battery is often discussed in connection with the offense of assault under California Penal Code Section 240 PC, however these are two separate crimes composed of their own individual elements.

To prove a charge of battery, a prosecutor must be able to establish the following elements:

The slightest touch can be enough to satisfy the battery statute, if it is done in a rude or angry manner. Making any contact with a person, even if it is just through his or her clothing, is also enough to violate the statute. The touch in question does not have to cause pain or injury. In addition, the physical contact can be made on something closely connected to a person. For example, if a person is holding an object or riding a bicycle and another person strikes the object or the bicycle, that person could be charged with battery in both incidents because of the close connection between the physical object and the other person.

It is not a defense to the crime of battery that the defendant was responding to an act of provocation that was not a direct threat of injury. Someone else's words alone are not an excuse to commit battery.

A man sees a woman he likes at a bar and tries talking to her. She is not interested in the man and tries to walk away. As she turns to walk away, the man grabs her lightly by her wrist and continues to talk to her. This man could be prosecuted for battery because he engaged in unwanted and offensive physical contact, even though the contact was slight.

In another example two men agree to engage in a boxing match. Each tries to hit the other while avoiding punches thrown. Neither man could be charged with battery, because they have both consented to this activity.

A person is allowed to use force against another to protect themselves or other people from imminent injury or from being the victim of a crime. In these instances, there would be a valid self defense claim to any charge of battery.

If the physical contact was unintentional, there would be a strong accident defense, as battery requires willful contact on the part of the defendant.

In addition, as mentioned above, a parent using reasonable force to discipline their child would have a defense against a subsequent battery charge. However, if the force used or method of discipline goes beyond what would be considered "reasonable," that parent could be charged with child abuse under California Penal Code Section 273(d) PC.

Simple battery under California Penal Code Section 242 PC is a misdemeanor offense that can include the following penalties: up to six months in jail, hefty court fines, probation with community service or community labor requirements, and anger management or other forms of counseling.

If the victim suffers a serious bodily injury, the defendant may face up to four years in prison and a "strike" on his or her record that could be used to enhance penalties on future convictions.

Simple battery is considered a violent crime that can be a deterrent to future employers, landlords or anyone else conducting a criminal background check.

If you have been arrested for battery, it is crucial that you meet with a knowledgeable and experienced criminal defense attorney right away. There may be extenuating circumstances in your case that an effective defense attorney can present to the police or prosecutors to keep them from filing criminal charges. As a former Deputy District Attorney with over 14 years of prosecutorial experience, Los Angeles Criminal Defense Attorney Michael Kraut has established a reputation throughout the court system as a strong advocate who fights hard on behalf of his clients.