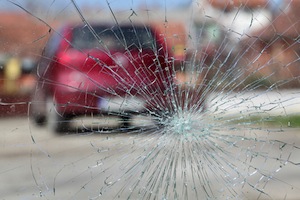 While the crime of assault under California Penal Code Section 240 PC is defined as an illegal attempt to commit injury on another, when that assault involves a deadly weapon or force likely to cause great bodily injury a defendant can be charged with the more serious offense of assault with a deadly weapon under California Penal Code Section 245(a)(1) PC.

The crime of assault with a deadly weapon consists of the following elements, all of which need to be proven beyond a reasonable doubt:

No one needs to actually have been injured by the defendant’s act, but an injury can be considered evidence that the defendant actually committed the assault.

A deadly weapon is any object, instrument or weapon that is either inherently deadly or is used in such a way that it is capable of causing death or great bodily injury. This can include traditional weapons like knives and clubs as well as ordinary objects used as weapons such as tools, pool cues, steal-toe boots, cars and bottles.

While driving in his neighborhood, a man sees a rival walking around on the street. The man drives at the rival and nearly hits the other man, but other man dives out of the way just in time to avoid collision. The driver could be charged with assault with a deadly weapon even though no contact was ever made and even though a car is not traditionally an object considered a weapon.

In another example a man punches another person with significant force. He could only be charged with assault with a deadly weapon under California Penal Code 245(a)(1) PC if the force used was enough to cause great bodily injury. Thus one punch probably would not violate the statute, but a series of forceful punches and kicks might. There are circumstances where one hard punch could qualify as an assault with a deadly weapon, especially if the puncher has advanced training and/or combat skills.

4. Defenses to Assault with a Deadly Weapon

A defendant can claim self defense in response to a charge of assault with a deadly weapon if he or she had an honest and reasonable belief that bodily injury was about to be inflicted on them or another person and excessive force was not used.

Assault with a deadly weapon is a “wobbler” offense that can be charged as either a felony or a misdemeanor. In making this type of filing decision, prosecutors will often review factors such as whether there was any physical contact or injury, the extent of any injury, the type of weapon used, the defendant’s criminal history, and any other relevant factual circumstances.

If charged as a misdemeanor, a defendant can be sentenced to up to a year in jail, hefty court fines, victim restitution and loss of the weapon.

If charged as a felony, a person may face up to four years in prison and the above listed penalties. Use of a firearm can cause even longer prison sentences (up to 12 years in prison). If the victim was a peace officer, an additional five years can be tacked on to any prison sentence. In addition, the conviction would count as a “strike” pursuant to California’s Three Strikes Law that could be used to enhance future convictions.

6. Criminal Defense for Assault with a Deadly Weapon Cases

Assault with a deadly weapon is a serious criminal offense that can result in a permanent felony conviction. If you have been arrested for this offense, it is very important that you speak with a Los Angeles Criminal Defense Attorney immediately. Having an attorney involved early in the process may make the difference between a felony and an outright rejection of charges. Los Angeles Criminal Defense Attorney Michael Kraut is a former Deputy District Attorney with over 14 years of prosecutorial experience who is highly skilled at defending serious felony charges. Mr. Kraut fights hard to ensure that his clients get the best defense possible.