Can a Bad Breakup Lead to Criminal Charges? 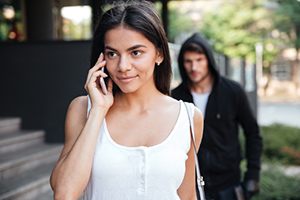 In some cases, the dissolution or break up of a relationship can lead to actions that result in criminal arrests or charges. These offenses are often crimes of passion that a person immediately regrets afterwards. Courts and prosecutors in Los Angeles take these types of offenses very seriously and it is critical to speak with a skilled criminal defense attorney if arrested for or charged with a crime of this nature.

As a relationship is falling apart, sometimes there is an overwhelming need to talk to the other person. People who are not usually obsessive may become fixated on the need to discuss whether a relationship is truly over, or whether the relationship just needs some work. Rational people can start to think irrational thoughts: Maybe the other person’s phone isn’t working…Maybe the other person doesn’t know what to say but really wants to talk…Maybe the other person’s ringer is turned off but they’ll pick up when they notice a call. The person calls, then calls again, and again. It may seem like only a few calls, but since phones keep a record of every call, the call log may soon show many, perhaps dozens, or even hundreds of calls. Even a few calls a day can add up, and sound excessive when a month’s worth of calls are listed together.

California Penal Code 653(m) prohibits calls, texts, or any electronic messages that are intended to annoy someone. A person may be charged if the contact is obscene, threatening, or repeated. It is the final option that gets many people into trouble. Even if the messages are kind, loving, and friendly, a prosecutor can argue that the mere repetition of calls shows an intent to annoy another person. It can be shocking to suddenly get a call from a police officer about a supposedly private matter. And police contact can take a private matter all the way to criminal court.

Everyone knows that it is wrong to stalk another person. But few people know the definition of stalking in California. And to complicate matters, movies, books, and TV shows portray a lot of stalking behavior as romantic. In a movie, if she leaves you, you should steal a motorcycle, find her car in traffic, cut off her car, profess your love, and she will fall back in love with you and the other motorists will clap. Nearly every form of entertainment at some point teaches that when someone breaks up with you, you should throw pebbles at their window, or hoist a boombox while they sleep, send flowers to their work, or show up at their house unannounced.

Repeated annoying and unwanted behavior alone is not considered stalking under the California Penal Code. The stalking crime is defined in Penal Code § 646.9. To be criminal, stalking behavior must contain a credible threat. The problem is that a credible threat can be “implied by a pattern of conduct.” Only two separate contacts are required for a stalking charge, and only one of those events requires a threat. And even if the person seeking out their ex believes they are expressing love in a grand gesture, a threat can be “implied” but such actions. Stalking can be charged as a felony, and does not even require what people commonly think of as domestic crimes, such as over threats, battery, of violating a restraining order.

If a prosecutor hears only a one-sided and frightening story, criminal charges will likely be filed. However, if that person calls a defense attorney who can get the other side of the story to the prosecutor, the prosecutor may see that it was simply a misunderstanding, and not file charges. Even if charges are already filed, it is extremely important that an accused party have an attorney who understands the law, has good relationships with the prosecutors, and is able to convince the prosecutor of the innocent explanations for the breakup behaviors.

If you or a loved one have been seen a private matter turn into a criminal matter, it is very important that you speak with a Los Angeles Criminal Defense Lawyer immediately. Los Angeles Criminal Defense Attorney Michael Kraut is a former Deputy District Attorney with over 14 years of prosecutorial experience. In many cases, Mr. Kraut is able to intervene early on in the investigation process in order to have charges significantly reduced or rejected altogether. Mr. Kraut is highly respected within law enforcement and prosecutorial agencies for his dedication to his clients and knowledge of the law.