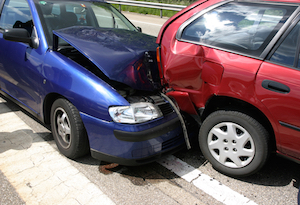 While many driving under the influence investigations begin after a law enforcement officers pulls over a vehicle for an observed traffic violation, a number of DUI cases begin as traffic collisions. Traffic collisions are unfortunately an everyday part of life in Los Angeles as a result of the immense number of vehicles on the road at any given time. While getting in an accident is generally not illegal, being under the influence can transform a typical accident investigation into a DUI arrest and prosecution.

Typically, after a traffic collision occurs the police will be dispatched to respond to the scene of the accident. One of the parties may contact the police or the police may be called by a third party witness who observes the collision and reports it. These calls and dispatch communications are recorded and can be important evidence later during a defendant’s DUI case.

Officers will respond to the scene of the collision to complete an accident investigation. This typically involves interviewing the parties and any other witnesses, making observations of the vehicle and taking measurements. When there is no DUI involved, this police evaluation and accident report can be important in resolving any civil liability issues that may later come up.

When interviewing the parties, the officer may suspect that one of the involved drivers is under the influence of alcohol or drugs. There are a number of clues that officers will look for when speaking with drivers, including an odor or alcohol, an admission to drinking, bloodshot and/or watery eyes, unsteady gait or slurred speech. An officer can conduct a DUI investigation even if it is established that the driver was in no way at fault in the accident. If the officer believes that the driver may impaired, he or she will conduct a full DUI investigation that can include field sobriety testing, a preliminary PAS breath test or an evaluation from a trained drug recognition expert (“DRE”) officer.

The officer must be able to establish that the driver was under the influence of drugs or alcohol at the time that he or she was driving and was involved in the collision. There may be cases where a person is in accident and then afterwards ingests a lawfully prescribed medication to deal with anxiety or drinks alcohol in their possession. In these cases, the driver would not be criminally liable for DUI as long as he or she was not under the influence at the time of driving. In some cases, the only way an officer has of definitely establishing that a driver consumed drugs or alcohol before driving is by getting the driver to admit to it. Drivers should be very careful about what they admit to during a collision or DUI investigation, as these admissions can later be used against them.

Many drivers who are in auto collisions may exhibit physical symptoms that can be confused with drug or alcohol intoxication. It is not unusual for drivers who have suffered head trauma or have been in a major collision to slur their speech or have trouble maintaining balance. These issues can be raised in court when fighting DUI charges.

If you have been involved in a DUI collision, it is crucial that you consult with a Los Angeles DUI Attorney right away. As a former Deputy District Attorney with over 14 years of prosecutorial experience, Attorney Michael Kraut understands how to effectively defend DUI cases involving accidents.