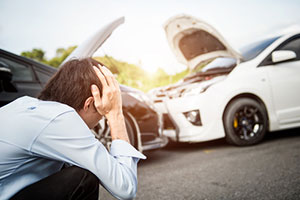 DUI offenses are treated very seriously specifically because law enforcement and legislators understand that DUI drivers cause collisions and DUI fatalities at an alarmingly high rate. In Los Angeles for example, when drivers are involved in DUI collisions that cause the death of another person, it is absolutely critical that they consult with an experienced DUI attorney as soon as possible.

When Can A Driver Be Charged Criminally?

A driver who is under the influence of drugs or alcohol can be charged criminally when he or she is involved in a collision with a vehicle that causes the death of another or when the driver strikes a pedestrian and kills that person. The driver can also be charged when a passenger in his or her own vehicle dies as a result of the DUI driving conduct. A driver can be charged with a separate criminal count for every victim involved.

What Criminal Charges Can Be Filed After a Fatal DUI Collision?

There are a number of felony-level criminal charges that can be filed against a driver who is involved in a fatal DUI collision. When there is no gross negligence, the driver can be charged with vehicular manslaughter under the influence in violation of California Penal Code Section 191.5(b) PC. This is a “wobbler” offense that can be charged as either a felony or a misdemeanor. When making a filing decision, prosecutors will review the facts of the case and the defendant’s criminal and driving record. These cases are usually filed as felonies. After the defendant’s preliminary hearing, the judge may agree to reduce charges to a misdemeanor under California Penal Code Section 17(b) PC.

If there was “gross negligence” involved in the DUI driving conduct, the driver will be charged with gross vehicular manslaughter under the influence pursuant to California Penal Code Section 191.5(a) PC. This is always a felony level offense and a driver convicted can be sentenced to serve four, six or ten years in a California state prison facility. Gross driving conduct includes speeding, excessive swerving or other dangerous conduct that contributes to a fatal collision.

In certain cases, a driver involved in a fatal collision can be charged with DUI Murder, also known as “Watson murder,” under California Penal Code Section 187 PC. A person can be charged with Watson murder when he or she has at least one prior DUI conviction and has been previously warned of the dangers associated with impaired driving and consciously ignored these risks by engaging in impaired driving once again. Any driver who has formally received a “Watson admonition” regarding the dangers of impaired driving can be charged with DUI murder. This admonition is given not only in the drug and alcohol class required for drivers, but also California traffic schools that drivers often take when they receive traffic tickets.

Watson murder is treated as a second degree murder charge and those convicted can be sentenced to serve 15 years to life in prison. In addition, the defendant would be expected to pay restitution to any all victims.

If you or a loved one has been involved in a fatal DUI collision, it is crucial that you meet with an experienced DUI attorney as soon as possible. Michael Kraut is a former Deputy District Attorney with over 14 years of prosecutorial experience who has defended clients in major cases and understands how to effectively defend those who have been involved in fatal DUI accidents.