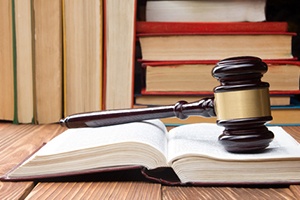 Dealing with one DUI case can be stressful enough, however some people may have the misfortune of being charged with a new DUI offense while their first case is still pending. Prosecutors and judges are often very concerned when defendants commit multiple DUI offenses and defendants in this situation can face lengthy sentences if convicted.

Dealing with DUI Offenses that Occur Closely Together in Time

In California, prior DUI convictions can be used as sentencing enhancements that would increase the penalties on any subsequent offense. If the defendant had one or more prior DUI conviction within the previous ten years, the defendant would face mandatory jail sentences, an 18-month drug and alcohol education program, increased fines and other penalties. If the defendant is still on probation for a DUI offense when the subsequent offense occurred, he or she can also face a probation violation on the old case as well as criminal penalties on the new case.

The California Legislature recognized that there may be circumstances where a defendant is charged with two DUI offenses that occur closely in time. There was a concern that defendants in this situation could plead to the second offense first and then argue that this conviction could not be used to enhance the first offense. To prevent this, the Legislature added California Vehicle Code Section 23217 VC, which states, “The timing of court proceedings should not permit a person to avoid aggravated mandatory minimum penalties for multiple separate offenses occurring within a 10-year period. It is the intent of the Legislature to provide that a person be subject to enhanced mandatory minimum penalties for multiple offenses within a period of 10 years, regardless of whether the convictions are obtained in the same sequence as the offenses had been committed.”

This means that a defendant cannot avoid second DUI penalties if he or she is convicted on the subsequent DUI offense while the first is still pending. In these cases, the “first” DUI offense can use the “second” conviction as an enhancement for sentencing purposes.

Dealing with Two or More DUI Cases at Once

In some cases, a defendant may be arrested for a new DUI offense while the first one is still pending. If this occurs in a different district or a different county, the prosecutors handling the case may not be aware of the other case. The judge on the “first” case may revoke the defendant’s grant of OR release if he or she is involved in a subsequent DUI incident. The defendant may be taken into custody or may be required to comply with additional terms of release, including mandatory AA attendance or wearing an alcohol-monitoring device. The judge on the “second” case may also require the defendant to comply with terms of conditional release or post bail as a result of his or her prior offense. Once convicted on one case, the prosecutor on the second case would obtain a certified record of the earlier conviction and would file an amended complaint alleging the prior offense as a sentencing enhancement.

The DMV will automatically be notified of any DUI arrest that occurs. On a first offense, the defendant would face a four-month driver’s license suspension. The driver would face a yearlong suspension on the subsequent offense. The driver can request an administrative hearing to contest the suspension.

If you or a loved are facing multiple DUI offenses, it is imperative that you discuss your situation with an experienced DUI lawyer as soon as possible. As a former Deputy District Attorney with over 14 years of prosecutorial experience, Michael Kraut is a top-rated DUI attorney who works hard on behalf of his clients facing multiple DUI offenses.