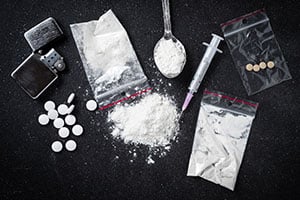 Discovery of Drugs During a DUI Arrest or Investigation

As part of a DUI investigation, an officer will typically ask the driver suspected of DUI if he or she has been drinking or using drugs. If the driver indicates drug use or if the officer notices signs of drug use, the officer may further ask if the driver is currently possessing drugs. Drugs can also be discovered during a search of the defendant incident to arrest or an inventory search of the defendant’s vehicle if it is to be towed. If the drugs were discovered as the result of an illegal search or seizure, the defendant’s attorney can file a motion to suppress evidence pursuant to California Penal Code Section 1538.5 PC. If granted, the resulting drug evidence would be suppressed and the prosecution would likely be unable to proceed with the drugs charges and would likely dismiss.

As described above, the search of the defendant’s vehicle or person may be challenged in Court by filing a motion to suppress evidence pursuant to California Penal Code Section 1538.5 PC. The defense can also use this code section to challenge the vehicle stop. If the vehicle stop is found to be unconstitutional, all resulting DUI and drug evidence would be suppressed. The prosecution would likely dismiss as they would be unable to proceed with either the DUI or the drug possession charges.

If you have been charged with a DUI offense or drug offense, it is crucial that you speak with an experienced DUI lawyer as soon as possible. As a former Deputy District Attorney with over 14 years of prosecutorial experience, Michael Kraut understands the sensitive nature of these cases and works hard to ensure his clients receive the best representation possible.