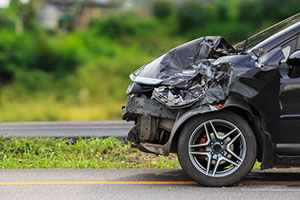 In certain situations, a driver may be charged with both a DUI offense as well as hit and run. These cases are taken very seriously by prosecutors and judges and penalties can potentially be very severe. The following are some of the more frequent questions that people have when dealing with both DUI and hit and run charges.

Can I Be Charged with Both Hit and Run and DUI?

People often ask if they can be charged with both a DUI offense and a hit and run from the same incident. Drivers who are involved in a DUI collision and then are alleged to have left the scene of the collision can be charged with both crimes, and it is not unusual to see a criminal complaint alleging violations of California Vehicle Code Section 23152 VC (DUI) and California Vehicle Code Section 20002(a) (hit and run).

How Can the Police Prove a Hit and Run Driver Was Under the Influence at the Time of Driving?

In many DUI cases, the officer will actually observe a DUI suspect driving and then pull that driver over. In hit and run incidents, it may be more difficult to prove that a suspect was driving a vehicle and was under the influence at the time of driving.

In such cases, investigators will rely on witness statements placing the suspect as the driver of the vehicle. In addition, the suspect will be asked questions about whether or not they were driving and whether or not they had been drinking earlier. In cases where a hit and run driver is immediately caught, it may be easier to prove that he or she was under the influence at the time of driving. When a driver is not found until much later, it may be more difficult to prove that the suspect was legally intoxicated when he or she was involved in a DUI collision. This especially becomes difficult if the suspect consumed alcohol after the collision occurred but before coming into contact with law enforcement.

Is It Ever Permissible to Leave the Scene of a Collision?

However, in some circumstances a driver may be able to raise certain legal defenses to hit and run. In some situations, a driver involved in a collision may face an immediate threat of physical violence from other people involved in the accident or at the scene. In this situation, a driver may able to raise a duress defense if charged with hit and run, as he or she left the scene only to avoid the immediate threat. This would not be a defense to DUI and the driver would still be criminally liable for this offense.

If you or a loved one have been involved in a DUI and hit and run offense, it is imperative that you discuss your case with a knowledgeable DUI lawyer immediately. As a former Deputy District Attorney with over 14 years of prosecutorial experience, Michael Kraut understands this complex area of the law and works hard to ensure his clients receive the best representation possible.