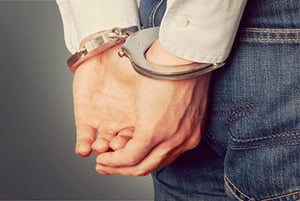 In California, all drivers who are convicted of a driving under the influence offense will face certain mandatory sentencing requirements. One of these requirements is that the driver be informed of the inherent risk to human life that impaired driving poses and that any future driving under the influence offense in which someone loses their life can lead to the defendant being charged with murder. This notice is referred to as the “Watson advisement” after a court case that allows murder charges in fatal DUI collisions when certain conditions have been met. The Watson advisement is one of the most important parts of a defendant’s DUI sentence and judges and prosecutors take it very seriously.

The Watson Advisement that is read to all DUI defendants states the following:

Basically, informing a defendant of the Watson advisement allows a prosecutor to charge the defendant with murder if he or she engages in impaired driving again and someone is killed as a result. In the 1981 People v. Watson decision, the California Supreme Court found that a defendant can be charged with murder following a DUI collision where there was implied malice. This means that the driver knew about the dangers that driving under the influence pose and consciously ignored these risks by drinking and driving and then killing someone else.

Defendants who are convicted of DUI murder charges face extremely harsh penalties. DUI Murder under California Penal Code Section 187 PC is always a felony and a defendant who is convicted can be sentenced to serve 15 years to life in state prison. The defendant would also receive a strike under California’s Three Strikes Laws and would be required to pay extensive court fines and any restitution owed to the family of the victim.

If you were arrested for DUI and want more information about the Watson advisement, it is crucial that you speak with a Los Angeles DUI Lawyer immediately. Michael Kraut is a former Deputy District Attorney with over 14 years of prosecutorial experience who understands the intricacies of DUI law and knows how to effectively defend those charged with this offense.