Los Angeles DUI With Passenger Under 14

In addition to the standard penalties for a Los Angeles DUI that are proscribed by law, there are aggravating factors that can increase the punishment handed down by the court. One of these is described in Section 23572 of the California Vehicle Code, which provides for mandatory jail sentences on DUI convictions if the driver had s passenger under the age of 14 in the car at the time of arrest. 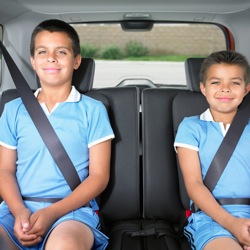 In addition to the sentencing enhancements under Vehicle Code Section 23573, prosecutors will often charge a separate count of child endangerment pursuant to California Penal Code Section 273(a). This offense is considered to be a “wobbler,” meaning that it can be charged as either a felony or a misdemeanor. PC 273(a) prohibits individuals from willfully putting a child into a predicament in which that child’s health or welfare are threatened. If filed as a misdemeanor, the maximum sentence is a year in jail. If filed as a felony, a person could be sent to prison to up to six years. For Penal Code Section 273(a), a minor is someone younger than 18. While prosecutors can charge drivers for both DUI and for violating Penal Code 273(a), keep in mind that if you are convicted of both, the court cannot impose the additional penalties proscribed in Vehicle Code Section 23573.

Because of the enhanced punishments for drivers with minor passengers facing DUI charges, it is critical that you have a skilled attorney fighting on your behalf. Los Angeles DUI Attorney Michael Kraut was a deputy district attorney for over 15 years who was trained at Harvard Law School. After working for the District Attorney, Mr. Kraut opened the Kraut Law Group. Mr. Kraut will aggressively defend your case explore every angle and argument to ensure you have the best defense possible. Contact Mr. Kraut directly at (323) 464-6453 24/7 for assistance on your Los Angeles DUI. The consultation is free.