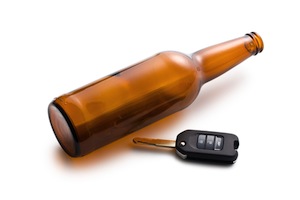 The potential penalties on a DUI offense in Los Angeles increase with each prior DUI conviction that the defendant may have on his or her record. When a person with three or more prior DUI convictions is accused of a subsequent DUI violation, he or she will be charged with a felony. The potential penalties on a fourth or subsequent DUI are considerably harsher when compared to what is imposed on a first, second or third driving under the influence conviction. While these prior offenses are misdemeanors, a person’s fourth or subsequent DUI is considered a felony and the defendant can be sent to prison if convicted.

The “lookback” period for any DUI offense is ten years. That means that if a person who has been charged with a new DUI offense has previous DUI convictions, only the convictions that occurred within the past ten years can be used to enhance the new offense. If a person has a DUI conviction that occurred outside of the ten year lookback period, the offense would not trigger mandatory sentencing provisions. However, prosecutors and judges would be aware of any prior conviction and view these prior offenses unfavorably, no matter when they occurred.

A fourth or subsequent DUI occurring within a ten year period is treated very seriously by judges and prosecutors as it is generally a sign that the defendant is either unwilling or unable to comply with California’s prohibition against impaired driving. Judges and prosecutors are very concerned when they see a defendant who has numerous DUI convictions and are more likely to favor a sentence that requires substantial jail or prison time.

Someone convicted of a fourth time DUI can face extremely severe punishment. The specific penalty that is imposed by the sentencing judge will depend on a number of factors including the defendant’s criminal history, the age and severity of the defendant’s prior convictions, the defendant’s blood alcohol content and any other unique circumstances of the case.

Someone who is convicted of a felony level DUI offense can be sentenced to sixteen months, two years or four years in state prison. In addition, the defendant would be assessed up to $1,000 in base court fines as well as any restitution that may be owed. The defendant would be designated a Habitual Traffic Offender pursuant to California Vehicle Code Section 14601.3 VC and would have his or her driving privileges revoked for a period of at least four years.

In many cases, a new DUI charge will also trigger a DUI probation violation on one of the defendant’s prior DUI convictions. If this is the case, the judge may revoke probation and impose additional jail time that would be served in addition to whatever sentence is imposed on the felony DUI charge.

There may be a number of defenses available in defending a fourth time DUI. If the officer who stopped the defendant’s vehicle or who arrested the defendant lacked reasonable or probable cause that the defendant was violating the law, the stop and/or arrest may be deemed unconstitutional and the resulting DUI evidence could be suppressed. In these cases the prosecutor would be unable to move forward with the case and would have to dismiss the charges. In addition, if there was a problem with the blood or breath testing or any other legal issues with the case, an experienced Los Angeles DUI Attorney may be able to mount a successful defense.