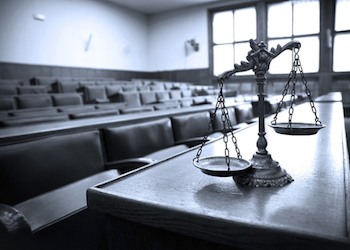 Contrary to what some people may believe, driving under the influence is a criminal offense, and not a traffic infraction. This means that the majority of DUI cases are heard in the criminal courts. However, certain DUI-related offenses may be sent to traffic court. It is important to understand the difference between criminal court and traffic court in regards to DUI cases.

Most DUI offenses are misdemeanors that are punishable by up to a year in jail. These offenses are filed and prosecuted by a prosecutor from a District Attorney or City Attorney office and a defendant has certain rights, such as the right to a jury trial held in front of a judge or commissioner.

Infraction matters are less serious offenses that are typically traffic violations. These offenses are assigned to traffic court and are punishable by a fine. Infractions are not reviewed or filed by any prosecutor. Instead, the infraction is filed directly with the court by the officer involved. The citation provided to the driver will include a due date to schedule an arraignment on the ticket. At the arraignment, the driver can either plead guilty or no contest or can schedule his or her case for trial. The officer will be subpoenaed for the trial date. If the officer fails to appear in court, the infraction will typically be dismissed. If the officer appears, the court will hold a trial in front of a judge, commissioner, or judge pro tem (an attorney serving as a temporary judge who is permitted to adjudicate traffic matters). The officer will testify directly and the driver can present his or her argument to the judge, who will ultimately determine whether or not the driver is guilty or not guilty of the infraction.

While the majority of DUI offenses proceed in the criminal court system as misdemeanors or felonies, there are certain DUI offenses that are infractions and are assigned to traffic court. Drivers who are under the age of 21 are not legally allowed to drive with any amount of alcohol in their system. Drivers who are under 21 and who have a BAC in excess of 0.08 or higher can be charged with misdemeanor DUI pursuant to California Vehicle Code Section 23152(b) VC. However, drivers under 21 who have a BAC between 0.05 and 0.07 percent can be cited for a violation of California Vehicle Code Section 23140 VC, which is an infraction. This offense would be sent to traffic court. If the driver is convicted, he or she would face an automatic one-year driver’s license suspension in addition to court fines and would have to take an alcohol education program before having his or her driving privileges reinstated.

Drivers under 21 who have a BAC of 0.01 or higher can also be cited for a violation of California Vehicle Code Section 23136 VC. This offense is also a traffic citation that is punishable by a fine and would proceed in traffic court. This code section also triggers an administrative one-year driver’s license suspension that the driver can challenge by requesting an Administrative Per Se hearing from the DMV. It is critical to remember that even if a driver has a BAC below 0.08 percent, his or her case can still potentially be charged as a misdemeanor DUI based on the underlying driving conduct.

If you have been cited for DUI and are not sure if your case is a misdemeanor or infraction, it is critical that you speak with a Los Angeles DUI Lawyer right away. Los Angeles DUI Attorney Michael Kraut is a former Deputy District Attorney with over 14 years of prosecutorial experience who knows how to effectively fight DUI allegations in both criminal and traffic court and before the DMV.