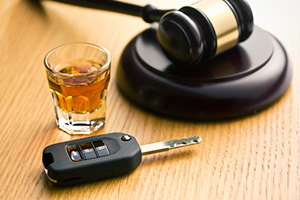 Drivers who are convicted of driving under the influence where there was a collision that caused damages or injuries to another are typically ordered to pay restitution to any and all victims as a condition of probation. In many cases, a defendant’s insurer may cover the restitution award. However, there may be cases where insurance does not cover the damages or the victim is claiming damages that exceed the defendant’s policy limits. In these cases, the defendant will be required to pay victim restitution out of pocket. The restitution award may be very large and the defendant may not be able to pay the full amount during the period of probation. In these cases, the judge can order that the remaining amount owed be converted to a civil judgement against the defendant.

The defendant would be expected to pay restitution as a condition of probation. If the defendant is not able to pay the full restitution amount at once, the judge may order an ability to pay hearing. At this hearing the defendant can present evidence regarding his or her financial situation, including income and expenses. The judge will ultimately place the defendant on a reasonable payment plan.

As long as there is a civil judgement, the defendant would be unable to expunge the underlying DUI conviction pursuant to California Penal Code Section 1203.4 PC. In addition, civil judgement for damages stemming from DUI incidents cannot be discharged in bankruptcy under United Stated Federal law.

If you have been involved in a DUI case where there may be a restitution issue, it is critical that you discuss your case with a Los Angeles DUI Attorney as soon as possible. As a former Deputy District Attorney with over 14 years of prosecutorial experience, Los Angeles DUI Attorney Michael Kraut works hard to ensure that his clients receive the most thorough representation at all stages of a DUI case, including the restitution hearing if necessary.