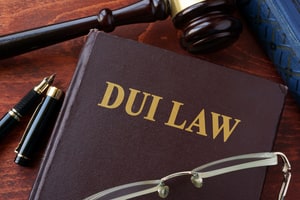 After a driver has been arrested for DUI and released, he or she will be provided a future arraignment date in court. This date may be several weeks or even months later. Before a criminal case is filed, there are several steps and reviews that will be completed by the police and prosecution. It is very important to have an attorney retained as soon as possible and in many cases, an attorney’s early intervention can lead to charges being rejected or significantly reduced.

After a driver is arrested on suspicion of DUI, the arresting officer will prepare an incident report that will become the basis for criminal charges. Other officers involved in the case may prepare supplemental reports and if there was a collision involved, an accident investigation report may be prepared as well. A sergeant or other supervising officer often must sign off on the case before it is submitted for criminal filing. The police will also provide the DMV with a copy of the incident reports and the results of chemical testing. These will be used in the driver’s administrative DMV hearing if a timely hearing was requested within 10 days of the driver’s arrest.

Submission to the Filing Prosecutor

If the supervisor approves, the case will be submitted to the relevant prosecutorial offense for criminal filing consideration. The incident reports and case file will be provided to a liaison officer who is based out of the prosecutor’s office. Typically, the liaison will include any submissions or exculpatory evidence provided by the defense before it reaches the filing prosecutor.

The agency responsible for filing criminal charges and prosecuting the driver will depend on where the offense occurred and what level of criminal charges are being filed. In Los Angeles County, the Los Angeles County District Attorney’s Office is responsible for prosecuting felony level offenses and misdemeanors that occur in cities that do not employ their own City Prosecutor. If the defendant has three or more prior DUI convictions within the previous 10 years, he or she can be charged with felony DUI. The driver can also be charged with a felony if there was a DUI collision that resulted in injury or death to another person.

Misdemeanor offenses can be prosecuted be either the District Attorney’s Office or the relevant City Attorney’s Office. Cities such as Los Angles, Pasadena, Burbank, Long Beach and Torrance all have their own City Attorney offices that are responsible for handling misdemeanor prosecutions, which include the majority of DUI offenses.

The filing prosecutor will review the incident reports to see if there is a legally provable case. The prosecution must be able to prove its case beyond a reasonable doubt and charges may be rejected if there are significant problems of proof. The prosecutor will also review the defendant’s criminal record and the specific underlying facts of the case. If there are aggravating factors, such as prior DUI convictions, excessive speeding or the presence of minors in the vehicle, the prosecution can file sentencing enhancements that will increase penalties and jail time upon conviction.

If you or someone you know have been arrested for DUI and want to learn more about the filing process, it is critical that you discuss your situation with a knowledgeable DUI attorney immediately. As a former Deputy District Attorney with over 14 years of prosecutorial experience, Michael Kraut works hard on behalf of his clients through all stages of the DUI process.