Proving a DUI Case in Court 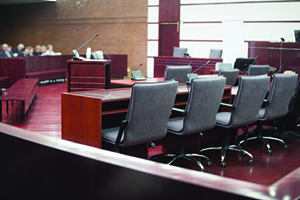 When a driver is arrested on suspicion of driving under the influence of alcohol or drugs, he or she will typically be cited out and given a future court date for arraignment. All defendants who have been charged with a DUI offense are entitled to a trial. At trial the prosecutor handling the case would be required to prove that the defendant is guilty beyond a reasonable doubt. In a DUI case, prosecutors rely on traditional witness testimony as well as scientific evidence in proving their case against the defendant. The defense can challenge the People’s evidence and mount an affirmative defense. Ultimately, the judge or jury will determine whether or not to convict or acquit the defendant of the DUI offense.

Elements of a DUI Offense

In some cases, the prosecutor may call civilian witnesses to testify. This would include people who may have observed the defendant driving or those who witnessed a traffic collision.

Fighting the DUI Charge in Court

The defense can challenge the evidence and witnesses presented in court by the prosecution. The defendant’s attorney can cross-examine witnesses and challenge the accuracy of the breath and blood testing. In many cases, the prosecutor may rely on retrograde extrapolation to explain how a chemical test taken hours after driving can be used to determine BAC at the time of driving. The defense can also call expert witnesses to show why the testing or assumptions made may be inaccurate or may not take into consideration medical conditions or other factors that may exist. The prosecutor would get an opportunity to cross-examine the defense witnesses and may call their own experts to rebut the defense theory. Ultimately, the judge or jury would determine whether or not the prosecution has met their burden in proving guilt beyond a reasonable doubt.

If you or a loved one have been arrested in California for a DUI offense, it is crucial that you speak with an experienced criminal DUI attorney right away. As a former Deputy District Attorney with over 14 years of prosecutorial experience, Michael Kraut is highly regarded as a top DUI attorney who understands how to effectively fight DUI charges in court and before the DMV.