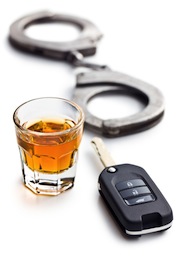 When a person has been charged with driving under the influence, witnesses for both the prosecution and defense can have a significant impact on how a case is presented to the jury and ultimately what the outcome of the case will be. Witnesses can include both percipient witnesses who observed the incident and expert witnesses called in to testify regarding scientific or medical processes. Our legal system depends on witnesses and their ability to testify regarding what they have previously observed or to give an expert opinion.

In a DUI case, there will always be certain witnesses that one would expect the People to present. The officer who arrested the driver for driving under the influence will typically be the prosecution’s chief witness when trying a DUI case. In some cases, the officer will be the People’s only witness.

The defense will have a full opportunity to cross examine and challenge the officer regarding his or her actions and observations. Prior to trial, the defense may file a motion to suppress the evidence pursuant to California Penal Code Section 1538.5 PC if there was insufficient reasonable or probable cause to pull over the defendant’s vehicle or to arrest the defendant for driving under the influence. During a hearing on this motion, the defense would have an opportunity to challenge the officer on whether the vehicle stop was constitutionally reasonable. If the judge determines that there was no reasonable or probable cause to stop the defendant, the defense motion to suppress will be granted and the case is usually dismissed, as the prosecution is unable to move forward.

The People may also call expert witnesses to testify. This is often the case when the defendant opts for a blood test. A criminologist who is usually an employee of the Los Angeles County crime lab will testify regarding the testing procedures used on the defendant’s blood sample.

The defense can also call expert witnesses to challenge the various aspects of the People’s case. The defense can call medical experts who can describe how a medical condition may have had an impact on the defendant’s blood alcohol level and physical appearance or demeanor. Experts may also be called to explain concepts such as “rising blood alcohol” and to show how a defendant may have actually been under the legal limit of 0.08 percent BAC when he or she was driving but only had a higher result later on after the alcohol had been fully absorbed into his or her body. The People may call their own witnesses to rebut the defense’s experts, and many times the jury is presented with conflicting testimony.

In addition, the defense may need to call other percipient witnesses who may have been present when the incident occurred. There may be situations where the defendant was not the person who was driving but was arrested for driving under the influence. This may be the case where there was a collision and officers did not actually observe anyone driving. A defense witness may be able to rebut the People’s claim that the defendant was the driver of the vehicle. In addition, the People may rely on civilian witnesses who observed the defendant’s driving conduct.

If you have been charged with a DUI offense, it is very important that you discuss your case with a Los Angeles DUI Attorney immediately. As a former Deputy District Attorney with over 14 years of prosecutorial experience, Lawyer Michael Kraut is highly skilled at cross-examining witnesses and effectively presenting expert testimony.