What Happens at a Los Angeles DUI Arraignment 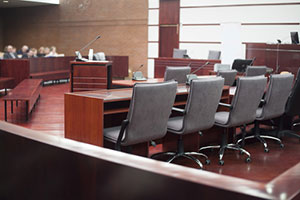 When a driver is arrested for a DUI offense, he or she will typically be given a citation with a future court date. This court date is typically the defendant’s arraignment, which is the first appearance in court where a number of important things happen. Understanding what happens at a DUI arraignment is very important and anyone who has an upcoming arraignment should contact a skilled DUI attorney as soon as possible.

When is a DUI arraignment?

Just because a citation lists a date to appear in court, this does not necessarily mean that the case will be submitted to the prosecutor in time or that the prosecutor will have enough time to review the case. In some cases, charges will not be filed by the “cite out” date on the driver’s citation. This does not necessarily mean that the case is rejected. In most misdemeanor DUI cases, the statute of limitations is one year, which means that prosecutor has a year from the arrest date to file charges against the DUI driver. Certain law enforcement agencies, such as the California Highway Patrol (“CHP”), have backlogs of cases and often will miss the initial filing date. However, these cases will be referred for criminal filing and in many cases will be filed by the prosecutor.

The prosecutor or arresting agency may mail the driver a notice of a new court date. In some cases, the notice may never be sent or received and the driver will not know about the new arraignment. This may result in a bench warrant being issued for the driver’s arrest when he or she misses the new arraignment date. It is critically important that driver retain an experienced DUI lawyer immediately after being arrested, as they attorney can monitor the filing and determine when a case is filed.

What Happens at the Arraignment?

At a defendant’s arraignment, the defense is provided a copy of the criminal complaint and the initial discovery packet, which typically includes the police reports and the results of chemical testing. The defendant would typically enter a plea of “not guilty” and the case is set for pretrial. Most courts allow attorneys to appear on behalf of their clients so that the defendant would not have to spend all morning in court and appear personally in front of the judge.

In addition, arraignment is the time where bail and the conditions of release are argued by the prosecution and defense. Many first DUI offenders will be allowed to remain out of custody on their own recognizance (“OR release”), however the judge may require conditions of release for some DUI defendants. When a first-time DUI offender had a high BAC level or was involved in a DUI collision, the Court may require the defendant to attend weekly Alcoholics Anonymous meetings or other conditions of probation.

If you or a loved one have been arrested for DUI in Los Angeles and have an upcoming arraignment date, it is critical that you discuss your situation with a knowledgeable DUI attorney as soon as possible. Michael Kraut is a former Deputy District Attorney with over 14 years of prosecutorial experience who has a comprehensive knowledge of the DUI process and works hard to ensure his clients receive the best defense possible.