Officers not Appearing for DUI Trials 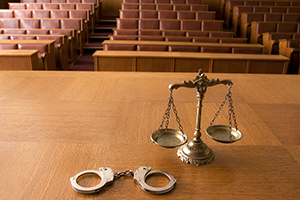 One of the most common misconceptions that people have about DUI cases is that the case will be dismissed if the arresting officer does not appear in court for trial. Unlike traffic tickets, which will typically be dismissed when an officer does not appear in court, most DUI offenses are misdemeanors and prosecutors will make every effort to ensure that the arresting officer personally appears in court.

When a driver is cited for an infraction, such as speeding, driving while using a cell phone, or running a stop sign or red light, he or she can either pay the ticket or fight it in court. If the driver decides to fight the case in court, he or she can set a ticket trial date. These tickets are not prosecuted by a District Attorney or City Attorney but instead the citing officer would be expected to appear in court and present the case. If the officer fails to appear, the ticket will typically be dismissed.

DUI offenses are not infractions and are usually misdemeanor level crimes that are punishable by up to six month or a year in jail. If a driver has three or more previous DUI convictions or if another person was hurt or killed during a DUI incident, the DUI can be charged as a felony that is punishable by prison.

DUI offenses are prosecuted by a prosecutor from the District Attorney’s Office or City Attorney’s office depending on where the offense occurred. These prosecutors would set trial dates and would ensure that witnesses, including police witnesses, are properly subpoenaed. Typically, cases will appear in court ten days before a trial is set to make sure there are no problems with witness availability.

What Happens When A Police Witness Is Not Available?

There are instances in a DUI case where an officer does not appear for court. When this happens, the prosecutor will often make efforts to track the officer down and ensure that he or she comes to court to appear. In some cases, the prosecution would have previously obtained a stipulation to a reasonable continuance from the defense and a new trial date would be selected. If there is good cause to continue the court may grant a continuance request over the defense’s objection. An example of good cause would be where an officer is unavailable because he or she is responding to an emergency or involved in a similar law enforcement endeavor.

There may be circumstances where a police witness is not available and the People may have difficulties in proceeding. In these cases, the prosecution may agree to offer a reduced DUI charge, such as wet reckless, exhibition of speed or dry reckless. In other cases, the prosecution may proceed with the case and try to track down the missing officer or proceed with other witnesses and evidence.

It is important to remember that, unlike traffic tickets, a DUI offense will not be automatically dismissed simply because an officer is not in court on the date of trial. There will be significant efforts made to make sure the officer appears and the prosecution may be allowed to continue the case if good cause exists.

If you or a loved one have been arrested for or charged with a DUI offense in the Los Angeles area, it is critical that you discuss your case with a knowledgeable DUI lawyer as soon as possible. Michael Kraut is a former Deputy District Attorney with over 14 years of prosecutorial experience who is highly respected by judges, prosecutors and law enforcement officers for his extensive knowledge of the law and unmatched skills as a litigator.