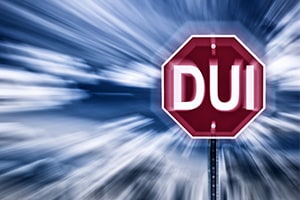 When a driver has been charged with a DUI offense, there may be a number of legal arguments the defense would need to present to the Court. Typically, these arguments are made formally as part of a written motion that is submitted to the court and subject to a live hearing. The following are only some the motions that may be applicable to a defendant who has been charged with DUI in Los Angeles.

In any DUI case, the prosecutor is required to introduce evidence showing that the defendant is guilty of driving under the influence of drugs or alcohol. If the evidence was obtained in violation of law, there may be grounds to file a motion to suppress evidence pursuant to California Penal Code Section 1538.5 PC.

When pulling over a vehicle, an officer must have reasonable cause to believe that the driver has violated the law. This reason stated is typically an observed violation of the California Vehicle Code or other law. If the officer lacked sufficient reasonable cause to stop the defendant’s vehicle, the defense can challenge the legality of the vehicle stop and all resulting DUI evidence. When this motion is granted, the prosecution is typically unable to proceed with the case and will usually dismiss.

At the time of the defendant’s arraignment, the defense is provided a limited amount of available discovery evidence, including the incident reports and chemical test results. There is typically other evidence that could be used to exonerate the defendant, including dash cam video recordings, audio recordings, body camera footage, officer dispatch logs and other items. The defense will typically file an informal discovery request with the prosecutor in order to obtain this material. If the prosecution fails to turn over the requested items, the defense can file a formal discovery motion in Court. The prosecution is required to turn over all available evidence and failure to do so can result in serious sanctions.

There may be circumstances where the defendant was the victim of police misconduct during a DUI arrest, including excessive use of force, racial profiling or a falsified police report. Where there is reason to suspect that the officer committed misconduct, the defense can file a Pitchess motion with the Court requesting o the officer’s personnel records, which are usually private.

If the Court finds that there is good cause in support of the defense motion to open the records, the Court will conduct an in-camera review of the officer’s personnel file in chambers. The prosecutor and defense attorney cannot be present during this review. Only the officer involved and his or her representative are allowed to be present. If granted, the Court will reveal certain details regarding complaints filed against the officer and the defense may be able to call the complainant as a witness.

If you or a loved one are facing DUI charges, it is imperative that you consult with an experienced DUI attorney right away. As a former Deputy District Attorney with over 14 years of prosecutorial experience, Michael Kraut understands how to effectively litigate motions and works hard to ensure his clients receive the best representation possible.