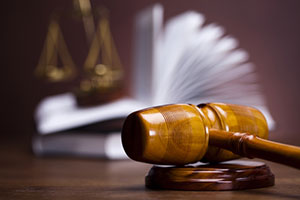 The majority of driving under the influence cases that are filed in court do not end up going to trial. Most cases resolve prior to trial; either by way of a negotiated plea agreement or a dismissal or reduction of charges. However, if the prosecution and defense are unable to reach a resolution, the case would go to trial where a jury of twelve members of the community would hear all of the evidence and determine whether or not the defendant is guilty or not guilty.

A DUI jury trial begins with jury selection. During jury selection, the full jury panel is brought into court and the prosecution and defense are allowed to question the jurors. Both sides are allowed to strike jurors who they do not want on the panel. In addition, there may be justification to strike certain jurors for cause if their answers show that they would be unable to be fair or impartial.

Once a jury has been impaneled, both the prosecution and defense will have a chance to present an opening statement to the jury. The opening statement is the first chance for both sides to directly address the jurors and gives both sides the opportunity to introduce the case and arguments relating to the evidence that will be presented.

After opening arguments, the prosecution will have the first opportunity to present evidence and witnesses to support its position that the defendant was driving under the influence of alcohol or drugs or was driving with a blood alcohol content of 0.08 percent or above. The prosecution will generally call the arresting officer and any other officers who were present during the arrest and investigation process.

Once the prosecution has rested, the defense can call its own witnesses. The defense may call expert witnesses who can describe how a defendant was not above the legal limit at the time of driving or can call any other witness that may be helpful to the defendant’s case. The defendant would be given the opportunity to testify, but is not required to testify. In addition, the defense could present its own evidence, such as the results of independent blood testing that was conducted on the defendant’s blood sample by an outside laboratory.

After the defense has presented its evidence and witnesses, both sides would have an opportunity to make closing argument to the jury. Following arguments, the jury would deliberate until it is able to reach a verdict. The jury must reach a unanimous verdict of either “guilty” or “not guilty.” If the jury is unable to reach a unanimous verdict, a mistrial can be declared by the judge and the prosecution may be able to retry the defendant.

If you have been charged with DUI, it is critical that you consult with a Los Angeles DUI Attorney immediately. As a former Deputy District Attorney with over 14 years of prosecutorial experience, Attorney Michael Kraut is highly effective at trying cases on behalf of his clients.