Why do I Need a Lawyer? I'm Innocent! 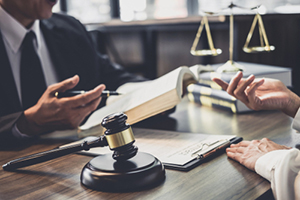 You have been accused of a crime. But you are presumed innocent until proven guilty. Even better, you actually are innocent, and you look forward to explaining this to the judge or a jury. All your family and friends believe that you are innocent, so why shouldn’t the prosecutor? What’s the point of an attorney?

The Prosecutor Will Use Police Officer Witnesses

You must consider that the criminal justice system gives great weight to the testimony of a police officer. While legally all witness testimony should be evaluated in the same manner, there are several factors that favor the word of police officers over the word of other members of the public. First, there is the traditional belief that police officers always tell the truth, and that their job is to catch criminals, and if you are arrested, you must be a criminal. Therefore, it is safer to believe the police officer over the “criminal.” This may seem like an extreme phrasing of a viewpoint, but similar viewpoints are prevalent throughout Los Angeles and California.

Also, even if someone does not tend to believe the police, they may happen to find the police officer to be more believable on the witness stand than the person accused of a crime. This is not accidental. Police officers receive training on how to testify in court. It is part of their job. They must practice testifying and be evaluated by instructors. They learn the laws of courtroom procedure and what a judge will be looking for. Then they receive practice testifying in traffic trials, then misdemeanors, then felonies.

The Prosecutor and the Police are on the Same Team

The Rules of Evidence are Complex

You may have watched a trial on television and seen one attorney object to what another attorney or witness is saying. While TV lawyers simply yell out, “I object,” in real courtrooms every objection must note the reason for the objection. Each reason must relate to a specific evidence code section or prior ruling by the judge. All of the evidence that is entered through a witness statement or a document or video must meet all the rules of evidence. And there are many ways that evidence can be declared inadmissible.

Perhaps someone saw you in a different place when the crime occurred. But that person wouldn’t come to court. If you try to repeat what they said, that is hearsay, and an objection would be sustained. Your alibi would not come in. Perhaps you know that the person pretending to be a victim has a history of lying and committing crimes. As you try to bring in this important evidence you may face a barrage of objections. Irrelevant. Penal Code section 352, More Prejudicial than Probative. Foundation. Speculation. Improper opinion. Improper character evidence. Hearsay. Argumentative. Lack of Personal Knowledge. Each of these objections relates to a rule laid out in the Evidence Code, which is the law that controls what is introduced in court. Perhaps some of the objections would be overruled, but it takes an understanding of every one to get the jury to hear your defense.

If you or someone you know has been charged with or accused of a crime, it is important that you consult with a Los Angeles Criminal Defense Attorney immediately. As a former Deputy District Attorney with over 14 years of prosecutorial experience, Los Angeles Criminal Defense Attorney Michael Kraut is highly adept at defending cases of this nature. Mr. Kraut is highly regarded throughout the court system as a fierce defender of his clients' rights.