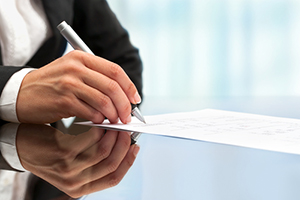 To a person unfamiliar with the criminal justice system in Los Angeles, they might assume that a criminal trial involves a lot of time establishing the “character” of the defendant and the witnesses. In reality, most of the rules of evidence focus on establishing the facts relevant to a violation of the law, and discussions of character are limited. Evidence Code § 1100 states that evidence of a person’s character may be admitted in the form of opinion, reputation, and specific instances. This seems to open up a great deal of categories for exploration, but most rules and cases limit § 1100, rather than expanding it.

Evidence Code § 1324 does allow a witness to discuss a person’s reputation in the community, generally limited to the witness’s reputation for truthfulness. Reputation can be made up of specific observations, but also rumor, speculation, and hearsay. § 1324 allows evidence of reputation to be admitted over a hearsay objection, but does not allow the witness to discuss the specific acts that led to the development of the reputation. Reputation can actually even be discussed as a lack of evidence. If the witness never heard bad things about a person, that can be evidence that they generally behaved well, or peacefully.

In a criminal case, the prosecution brings a case against a person, and that person may be represented by a defense attorney. Character evidence requires a great deal of strategy and finesse, as character evidence can backfire if used carelessly. Evidence Code § 1103(a)(1) allows a defendant to attack the character of a victim. A defendant in a battery case may want to show that a victim who claimed to have been attacked is actually a violent person that attacks others frequently. This may be powerful evidence to suggest that the defendant may be the real victim. However, Evidence Code § 1103(a)(2) allows the prosecution to come back with evidence showing that the alleged victim was a peaceful person.

Issues of character can even arise with a hearsay declarant. Even if a person is not testifying, if statements of that person are repeated in court, this can lead to conflicting evidence regarding the character of a person who never appears in court. This is also a danger if the defense is able to introduce a hearsay statement provided by the defendant, without the defendant testifying. This may seem like a good strategy, but could lead to negative character evidence being introduced against the defendant.

Effective use of Character Evidence

Character evidence must be used carefully, with the entire case strategy in mind. It takes an experienced defense attorney to weigh the benefits of attacking the alleged victim with the risks of a counter-attack from the prosecution. Further complication can arise in domestic violence cases, as character evidence can be layered on family dynamics, with possible relatives as witnesses, and loyalties and past grudges affecting issues of reputation and opinions about character.

Even attacking the credibility of a stranger in a barroom brawl can lead to an outpouring of positive evidence for that person once their character is attacked. Even though using character evidence can be complicated and dangerous, an experienced defense attorney can use such evidence to great effect. Even the anticipated counter-attack from the prosecution can be used to paint a story that eventually leads to a not guilty for an accused person.

If you or a loved one is accused of a crime, it is very important that you discuss your case with a Los Angeles Attorney immediately. As a former Deputy District Attorney with over 14 years of prosecutorial experience, Lawyer Michael Kraut is highly skilled in the use of character evidence and effectively presenting testimony.