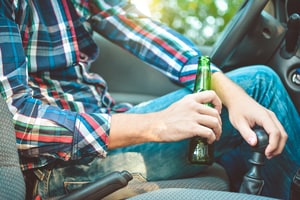 Courts, prosecutors and law enforcement officers typically consider an open container of alcohol in a vehicle to be an aggravating factor. The presence of alcohol may be used as circumstantial evidence of a defendant’s alcohol use at the time of driving. The presence of an open container may also be used to refute a driver’s claim that he or she had not consumed alcohol. Drivers can be cited for the open container violation as well as the underlying DUI offense and those convicted can face additional penalties or conditions of DUI probation, including a longer drug and alcohol education program, AA meetings or required attendance of the MADD Victim Impact Panel (“VIP”).

There may be certain situations where the presence of an open container of alcohol can be used by the defense in a DUI case. In many cases, an officer will cite the odor of alcohol as grounds for expanding a DUI stop and conducting a full DUI investigation. However, if the odor of alcohol was caused by an open container in the vehicle and not from the driver, there may be grounds to challenge the validity of the arrest and the assumption that the driver had been drinking alcohol.

If you have been charged with a DUI offense involving an open container, it is imperative that you speak with an experienced DUI attorney immediately. As a former Deputy District Attorney with over 14 years of prosecutorial experience, Michael Kraut works hard to ensure that every avenue of defense is explored and that his clients receive the best defense possible.