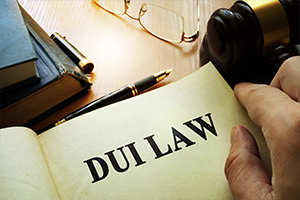 In Los Angeles, DUI offenses can be either felonies or misdemeanors depending on a number of different factors. A defendant’s first, second or third DUI offense is typically a misdemeanor and subsequent offenses occurring within a ten year period can be charged as a felony. There are other aggravating factors that can lead to felony DUI charges. The penalties associated with misdemeanor and felony offenses are very different and it is important to understand these differences.

Felony Based on Previous Convictions

A person’s first, second and third DUI offenses that occur within a ten year period will be charged as misdemeanor level offenses. Even though these are misdemeanors, defendants with multiple prior DUI convictions can expect to be sentenced to lengthy jail sentences. On a third DUI offense occurring within ten years, the Court must sentence the defendant to at least 120 days in jail as a condition of probation.

When a defendant is charged with his or her fourth or subsequent DUI offense within a ten year period, the offense can be charged as a felony. If convicted, the defendant can be sentenced to prison and would have a felony conviction on his or her criminal record.

Felony Based on Injury or Death

When a defendant is involved in a DUI collision that results in an injury to another person, he or she will be charged with DUI causing injury in violation of California Vehicle Code Section 23153 VC. This is a “wobbler” offense that can be charged as either a felony or a misdemeanor. When making a filing decision, the prosecutor will consider factors such as the defendant’s criminal record, the extent of injuries to the victim and the defendant’s blood alcohol content. If convicted, the defendant can be sentenced to prison and would be expected to pay restitution to any and all victims as a condition of probation.

Difference Between Felony and Misdemeanor

The difference between felony and misdemeanor offenses are significant. A misdemeanor is defined as a criminal offense where the maximum punishment is a year in jail and is considered less serious than a felony. A felony offense is punishable by prison and can carry significant consequences. A person convicted of a felony would face numerous collateral consequences, including losing the right to vote and own firearms, and may have difficulties finding housing and employment. In some cases, a person may be able to have his or her felony conviction reduced to a misdemeanor and then dismissed as part of an expungement motion.

If you have been charged with either a misdemeanor or felony DUI in the Los Angeles area, it is crucial you speak with a skilled DUI attorney as soon as possible. Michael Kraut is a former Deputy District Attorney with over 14 years of prosecutorial experience who understands how to effectively defend DUI clients whether they are charged with a felony or a misdemeanor DUI offense.