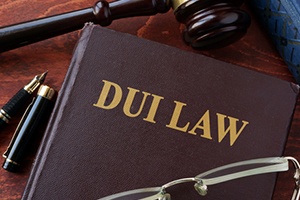 Drivers who have been charged with DUI often ask about the difference between DUI (Driving Under the Influence) and DWI (Driving While Intoxicated) offenses and what those differences mean to them. In California, impaired driving is generally referred to as DUI, however there are different theories of guilt that can be pursued by the prosecution in any DUI case.

What’s the Difference Between DUI and DWI?

The terms DUI and DWI are often used interchangeably to described driving offenses in which the driver was impaired or under the influence of drugs or alcohol. Whether this type of offense is referred to as a “DUI” or a “DWI” usually depends on what state the offense occurred. The laws regarding impaired driving differ in all 50 states and states often use their own terminology.

The California DMV will take administrative action against a driver when he or she is found to have been driving with a BAC of 0.08 or higher or if he or she refused chemical testing when lawfully requested. The DMV will not issue an administrative suspension for drivers who are found to be under the influence of drugs or those who are accused of driving while impaired, but had a BAC under 0.08 percent. However, these drivers may still face an automatic license suspension if convicted of any section of California Vehicle Code Section 23152 VC.

How Does California Treat an Out of State DWI Conviction?

Even though California uses the term “DUI” instead of DWI, drivers who have DWI convictions from other states or similar convictions for impaired driving can face additional penalties if charged with a subsequent offense in California. California prosecutors will obtain the defendant’s criminal record from a national database, and any DWI or similar convictions involving impaired driving that occurred within the previous ten years can be charged against the defendant as priors in the current case. The prosecution would have to prove up the prior conviction, which is usually done with a certified court record of the conviction.

If the other state’s DUI statute is not comparable to California’s, the defense may be able to get the allegation of the prior offense stricken. If the defendant is convicted of DUI and there are prior convictions, he or she would face mandatory jail sentences, a longer drug and alcohol education class, increased fines and a minimum yearlong driver’s license suspension. If a defendant is charged with four DUI’s within a ten year period, the fourth can be charged as a felony and the defendant may be sentenced to prison.

If you or a loved have been arrested for a DUI offense and want more information about the differences between DUI and DWI, it is critical that you consult with a knowledgeable DUI attorney as soon as possible. As a former Deputy District Attorney with over 14 years of prosecutorial experience, Michael Kraut is highly respected for his in-depth knowledge of the DUI laws and his skills as a litigator in court.