Driving Under the Influence vs. Drowsy Driving 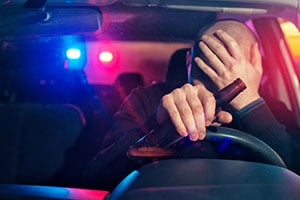 Drivers who are drowsy may share characteristics with those who are driving under the influence of alcohol or drugs. These drivers may engage in similar driving conduct and can even share physical symptoms. But a key difference between DUI and drowsy driving is that DUI is a criminal offense that can lead to a court conviction and license suspension, while drowsy driving typically will not result in criminal charges. In some cases, the symptoms of drowsy driving can be easily confused with impaired driving.

Unlike driving under the influence of drugs and alcohol, drowsy driving is not an automatic violation of the law. Drowsy drivers are responsible for numerous traffic collisions every year and this type of activity is considered very risky. While there is no statute that specifically prohibits or defines drowsy driving, a driver who is overly tired may be exposed to criminal or civil liability.

If a drowsy driver is observed driving dangerously, he or she can be charged with reckless driving in violation of California Vehicle Code Section 23103 VC. This is a misdemeanor level offense and those convicted can be sentenced to serve up to 90 days in jail. If a drowsy driver is involved in a fatal accident, the driver’s exhaustion is one element that may be taken into consideration when investigators and prosecutors determine whether or not to file criminal charges. The prosecution may charge a drowsy driver involved in a fatal accident with vehicular manslaughter in violation of California Penal Code Section 192(c) PC. This is a “wobbler” offense that can be charged as either a felony or a misdemeanor. In addition, drowsy drivers who are involved in traffic collisions may be exposed to civil liability for all damages incurred.

Legal Status of Driving Under the Influence

Under California Vehicle Code Section 23152 VC, driving under the influence of drugs or alcohol is criminal offense that can result in a court conviction as well as an administrative driver’s license suspension. A driver’s first time DUI offense is typically filed as a misdemeanor and the defendant can be sentenced to serve up to 90 days in jail if convicted. If a driver has four of more DUI offenses within a ten-year period, the fourth can be filed as a felony and the driver can be sentenced to serve up to three years in prison. On a first-time DUI offense, a driver faces a four-month administrative driver’s license suspension. If the driver refused testing, his or her license would be suspended for a year and the driver would be ineligible for a restricted license during the suspension period.

Drivers who are impaired may often be confused with those who are drowsy. Both drivers may exhibit similar driving conduct, such as weaving, running stop signs or red lights and crossing into other lanes of traffic. In addition, these drowsy drivers may have similar physical symptoms as impaired drivers, including bloodshot and watery eyes, difficulty maintaining balance and even slurred speech. In many cases, an officer may confuse the symptoms of drowsy driving with those of impaired driving. The driver’s attorney may be able to show why a defendant’s appearance or performance on field sobriety tests were the result of being tired and not from drinking or using drugs.

If you have been arrested for a DUI offense, it is imperative that you meet with a skilled DUI lawyer right away. Michael Kraut is a former Deputy District Attorney with over 14 years of prosecutorial experience who understands the mistakes often made during DUI investigations and works hard to ensure his clients receive the best defense possible.