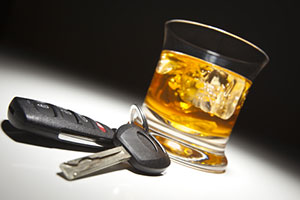 Drivers who are not citizens often have questions about what effect a DUI conviction will have on their ability to remain in the United States. The intersection of immigration law and DUI law has been become even more complicated with the adoption of the Development, Relief, and Education for Alien Minors Act, more commonly known as the Dream Act or DACA, in 2012. Under this Federal law, certain non-citizens who came to the United States before the age of 16, who have lived in the United States for five consecutive years, who graduated from high school or received a GED, and are of good moral character are eligible for a deferral of any deportation or removal action.

Requirements of the Dream Act

A significant misdemeanor is defined as a local, state or federal criminal offense that is punishable by between five days and one year in jail and that pertains to the sale or distribution of drugs, domestic violence, sexual exploitation or abuse, burglary, unlawful possession of a firearm or DUI. The United States Citizenship and Immigration Services (“USCIS”) has indicated that a DUI is a significant misdemeanor regardless of whatever sentence is ultimately imposed.

DUI and the Dream Act

In addition there may be issues with the case that may result in charges being dismissed or significantly reduced. If the driver was stopped and there was insufficient reasonable or probable cause to pull the vehicle over, the defense can file a motion to suppress pursuant to California Penal Code Section 1538.5 PC. If granted, the resulting DUI evidence would be suppressed and the prosecution would likely be unable to proceed and would have to dismiss the case.

Expungements and the Dream Act

Having an expunged DUI conviction on one’s criminal record does not automatically disqualify someone from consideration under the DACA. Because of this, a DUI expungement is encouraged and a DACA applicant should speak with a qualified DUI attorney about expunging any old DUI conviction pursuant to California Penal Code Section 1203.4 PC. Any criminal history can result in a denial of relief, which is discretionary, and a DACA applicant with an expunged DUI convictions would still be subject to review.

If you or a loved one have been granted Dreamer status or are applying for DACA consideration, it is imperative that you discuss your situation with an experienced DUI lawyer as soon as possible. Michael Kraut is a former Deputy District Attorney with over 14 years of prosecutorial experience who understands the severe consequences that a DUI conviction can trigger for Dreamers and works hard to ensure his clients receive the most comprehensive and thorough defense possible.