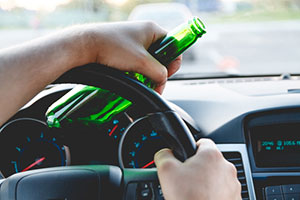 For some defendants who have been charged with DUI, the prosecution may consider resolving the case by allowing the defendant to plead to a reduced DUI charge. This may be the case where there is a problem of proof or the defendant’s BAC was relatively low. One of the most common reduced DUI charges is “wet reckless” under California Vehicle Code Section 23103/23103.5 VC. It is important to understand the difference between wet reckless and DUI and what type of consequences each charge may carry.

What is a “Wet Reckless” Charge?

Wet reckless is an unusual charge in that a prosecutor cannot initially charge a defendant with “wet reckless.” Instead, a DUI charge can be reduced to wet reckless as part of a plea agreement. Under California Vehicle Code Section 23103 VC, reckless driving is a misdemeanor offense involving unsafe driving conduct. The law provides for a sentencing provision under California Vehicle Code Section 23103.5 VC indicating that there was alcohol involved in the reckless driving offense, hence the term “wet reckless.”

Differences Between Wet Reckless and DUI

There are a number of key differences between DUI convictions and convictions for wet reckless. First and foremost, a wet reckless conviction is not a DUI, and may not trigger the same consequences that a DUI conviction would have with employers or licensing agencies. The defendant can honestly state that he or she was convicted of reckless driving and this is the conviction that would appear on his or her criminal background check. This difference can often be critical.

Unlike other reduced DUI charges such as “dry reckless” or exhibition of speed, wet reckless charges are unique in that they count as “prior DUI offenses” if a defendant is charged with a subsequent DUI offense and can be used to enhance penalties. The prosecutor can allege prior DUI convictions as penalty enhancements on new charges that occurred within the previous ten years. For charging purposes, wet reckless convictions under California Vehicle Code Section 23103/23103.5 VC would qualify as “prior convictions” and can lead to mandatory jail sentences and other enhanced penalties.

If you or a loved one have been arrested for DUI and want more information about wet reckless and other reduced DUI charges, it is critical that you meet with an experienced DUI attorney as soon as possible. Michael Kraut is a former Deputy District Attorney with over 14 years of prosecutorial experience who understands what is at stake and works hard to put his clients in the best position possible.