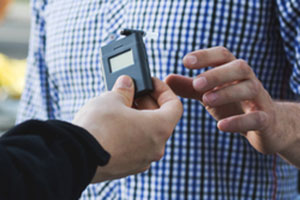 Drivers generally understand that the legal BAC limit in California is 0.08 percent, meaning that as long as their BAC is below this threshold, they would avoid being charged with a DUI offense. However, this is not always the case and there may be circumstances where a driver can be charged with DUI even if he or she has a BAC that is below the 0.08 percent threshold. It is important to understand the different DUI offenses that a driver can be charged with and under what circumstances someone can face criminal charges even with a low BAC result.

When Can a Driver Be Charged with DUI Despite Having a Low BAC?

It is more difficult for a prosecutor to prove DUI when the defendant has a BAC under the legal limit, however it is not impossible and there may be circumstances where these types of cases will be pursued. If the driver’s BAC was close to legal limit or there are signs of a falling blood alcohol level, the prosecution may still pursue criminal charges. This can be the case as long as the defendant’s BAC was 0.05 percent or higher.

Proving a DUI Case with a Low BAC

Low BAC Arrests and the DMV

Unlike prosecutors who have more discretion to charge DUI offenses when a driver has a BAC under 0.08 percent, the California DMV will not issue an administrative driver’s license suspension for drivers whose BAC is under the 0.08 percent threshold. This even applies to drivers who are found to be under the influence of drugs. Typically, the DMV will issue a “set aside” in these circumstances.

However, if driver is ultimately convicted of DUI under California Vehicle Code Section 23152(a) VC, his or her driving privileges will be suspended even if the BAC was under the 0.08 percent threshold. Because Los Angeles is part of the DMV Ignition Interlock Device (“IID”) Pilot Program, the defendant would be required to have an IID installed their vehicle for five months on a first time offense.

Under 0.08 BAC Cases and Reduced Charges

When a driver is charged with DUI and his or her BAC is under 0.08 percent, the prosecution may consider reducing charges to a non-DUI offense, such as wet reckless, dry reckless or exhibition of speed. In these cases, the DMV would not issue a suspension upon conviction of one of these reduced DUI offenses.

If you have been charged with DUI despite having a BAC below the legal limit, it is crucial that you speak with an experienced DUI attorney right away. As a former Deputy District Attorney with over 14 years of prosecutorial experience, Michael Kraut understands how to effectively defend clients charged with these types of offenses and fights hard on his clients’ behalf.